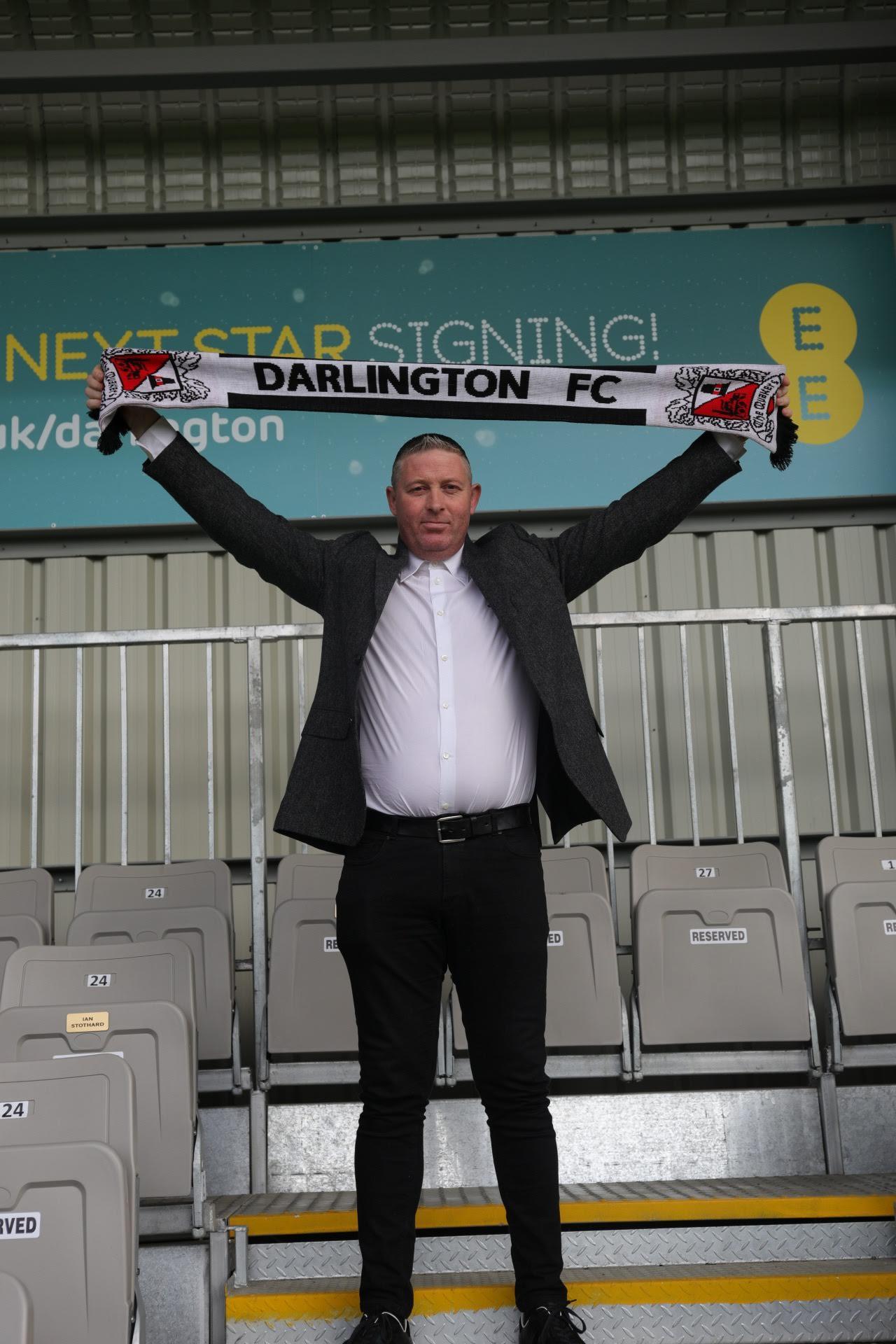 Alun Armstrong was appointed manager of Darlington FC on 20th May 2019 -- making him three times a Quaker!

Alun enjoyed two spells as a player at Darlington in his career. He started in the youth system at Newcastle United, but he couldn't break into the first team, and left for Stockport County in June 1994 in a £50,000 transfer.

He made 200 appearances for them, scoring 62 goals and helping them to reach the League Cup semi final and promotion to the Championship.

He moved to Middlesbrough for a £1.8m transfer in February 1998 and stayed there for two years  before moving to Ipswich in December 2000.

He scored 19 goals in 94 appearances for Ipswich, including a goal in both legs of an UEFA Cup tie against Inter Milan in 2001-02. He had a loan spell at Bradford City before joining Quakers for the first time in September 2004. He scored a hat trick on his debut against Southend, and went on to score 11 goals in 34 appearances. 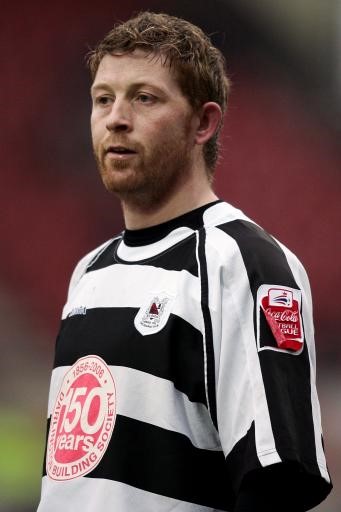 He had a season at Rushden and Diamonds and a loan at Doncaster before he returned to Darlington for the second time in 2006. He was used mainly as a sub in his second spell, making 29 appearances. In total in his career, he made 426 appearances, scoring 104 goals.

After a brief spell in non league football, he gained his coaching qualifications and joined the coaching staff at Middlesbrough.

He was appointed manager of Blyth in September 2016, helping them win promotion from the EvoStik League to the National League North, and then in 2018-19 he guided them into the play offs with a late surge, but they lost to Altrincham. 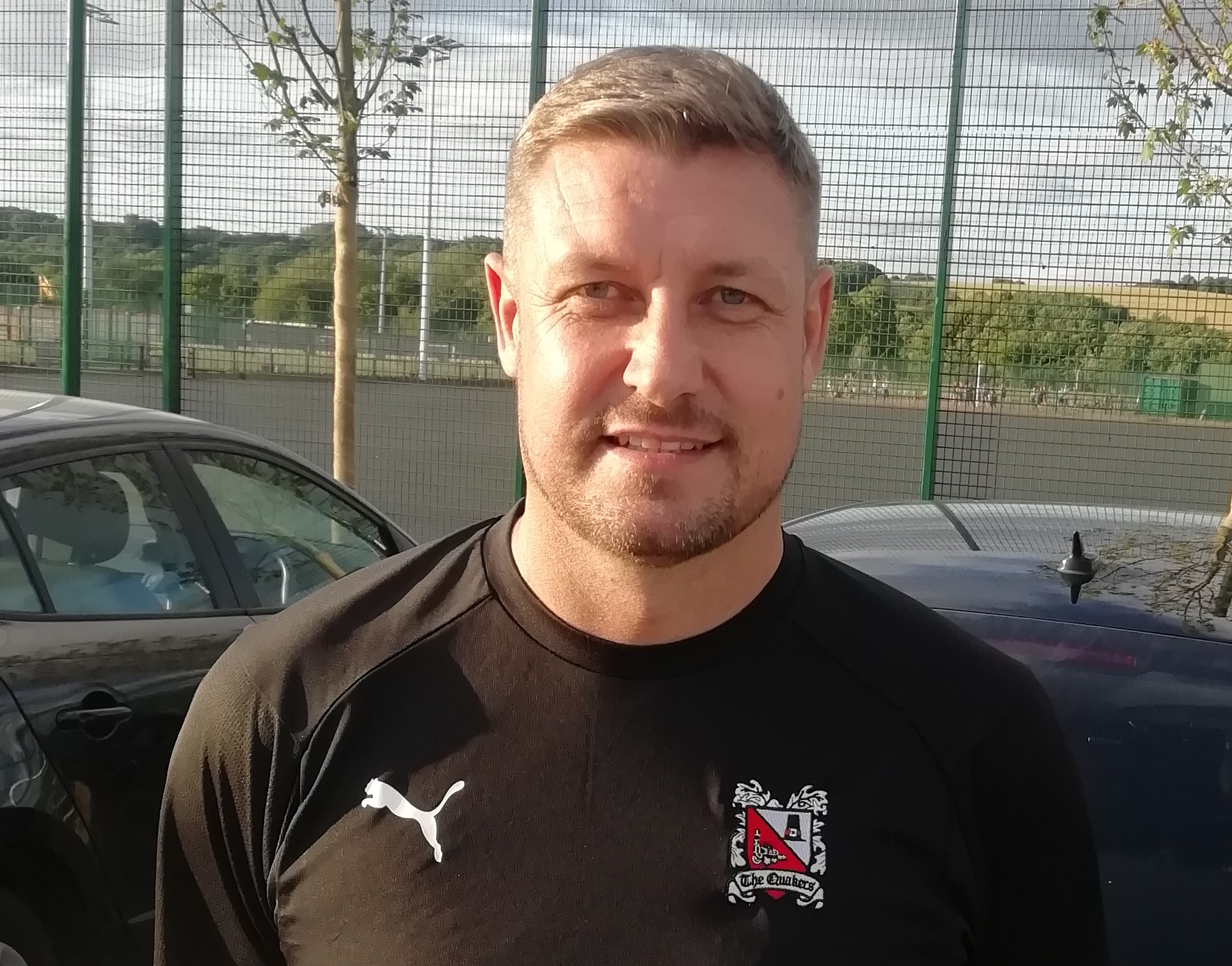 Darren started his career at Sunderland, making 58 full appearances for them, including one in the 1998 play off final against Charlton.

He had loan spells at Carlisle and Bolton before he moved to MK Dons, and made 94 appearances.

He was freed in August 2004 and joined Bradford City for two seasons, and when he was freed at Valley Parade, he joined Quakers when David Hodgson was manager.

He played 24 matches, scoring once, before he leaving the club.

When he joined Gateshead, he gained his coaching badges and joined forces with Alun Armstrong at Blyth Spartans, whom he helped to promotion from the EvoStik League.

Jim started his second spell as goalkeeping coach with us in June 2019, having been player-coach in our EvoStik League days. He coached Peter Jameson when we won promotion from the EvoStik First Division North.

As a player, Jim played for Hartlepool and Bury in the Football League, and Harrogate Town, Gateshead and Norton in non league. 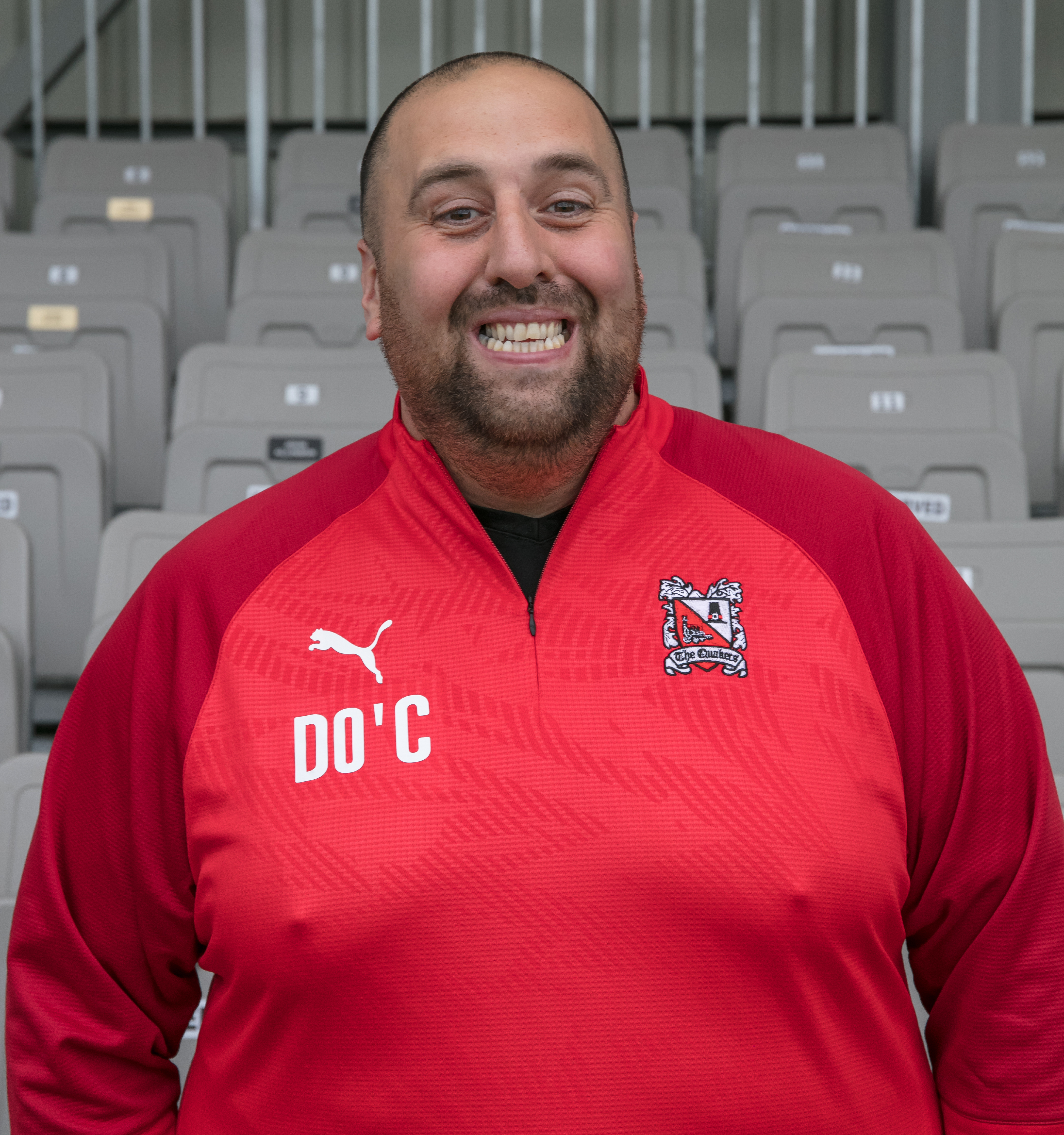