Quakers suffered another home defeat to go fourth bottom of the table, courtesy of a first half goal.

There was plenty of effort from Quakers, but they couldn't find the back of the net for the third successive game.

Quakers started with a promising move down the right, when Stephen Thompson crossed, but Reece Styche couldn’t turn on the ball around the penalty spot.
Stockport replied with a ball into the box to the feet of Nyal Bell, whose shot on the turn was blocked for a corner.
Then Sam Walker found space 20 yards out and hit a left foot shot that Maddison palmed around the post.

Quakers missed a great chance to take the lead on 12 minutes, when Styche ran through and tried to chip the keeper, who stood his ground and held on to the ball.

He had a harder chance a minute later when he picked up another through ball, and with a defender in front of him, fired just over from the edge of the box.

Quakers had a half chance on 22 minutes when David Syers laid the ball off for Styche to turn quickly and fire right footed over the bar from the edge of the box.

But Stockport took the lead after 29 minutes when Bell found a yard of space and beat Maddison with a left foot shot into the bottom right corner.
Quakers replied with a low shot by Syers that was saved by Hinchliffe, then Styche tried his luck from an acute angle, and again Hinchliffe saved.

But Bell’s pace caused problem at the other end, and Maddison came out and saved at his feet, then Darren Stephenson blazed a good chance wide.

Saunders ran through at the start of the second half, and Hinchliffe came out of his box and fired the ball off him for a goal kick.
Quakers had a good break on 55 minutes when play moved from left to right and Thompson floated the ball into the middle, where Stockport just managed to scramble the ball away.

Quakers had plenty of pressure after that without any end product -- Stockport were content to soak up the pressure and wait for the break -- and on 70 minutes, Simon Ainge came on for Harvey Saunders.
Stockport nearly got a second, when a corner was nodded down for Bell to strike a shot on the turn over the bar.

But Quakers were always looking to break, and Styche ran 40 yards into the box against two defenders, but put his shot over the bar.

Thompson and Trotman then combined well and Trotman found Styche in the box, but the striker could only find the side netting from an acute angle.

Quaker then got s free kick on the corner of the box that Wheatley whipped in, and Hinchliffe just managed to palm away.
In the last minute, Styche and Nicholson both had shots charged down, but Stockport held on. 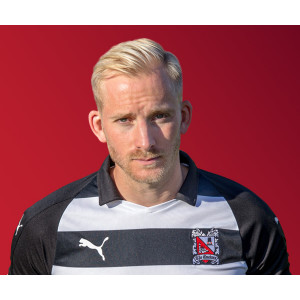 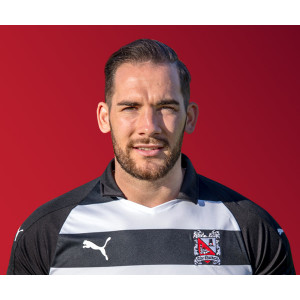 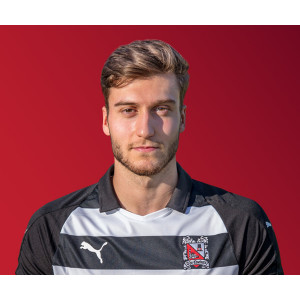 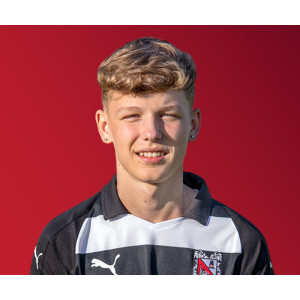