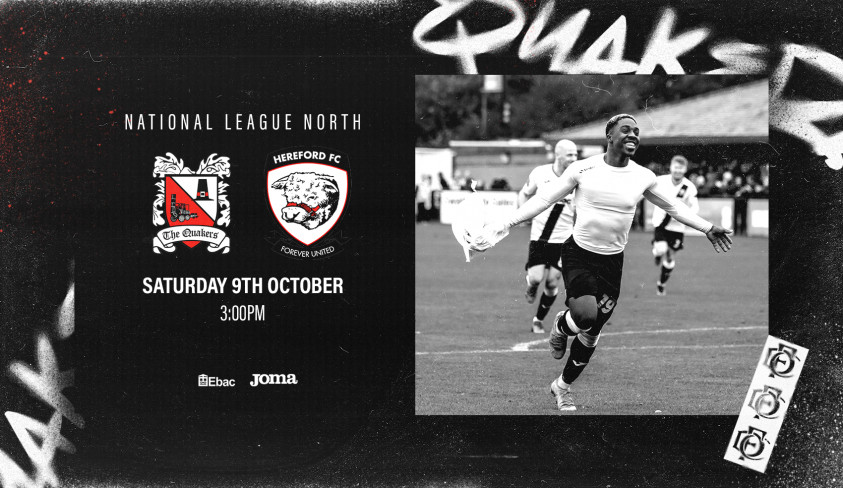 Preview of the Quakers v The Bulls

We’re looking for back-to-back wins for the first time this season when Hereford come to Blackwell Meadows on Saturday.

We had a good 3-0 home win over AFC Telford United last Saturday to put us 15th in the table, only four points from the play offs.

Here's what assistant manager Darren Holloway thinks about the game:

Right back Kallum Griffiths is doubtful with a hamstring injury

Hereford are unbeaten in three away league games, picking up five points, but they’ve only collected one point in four home league games.