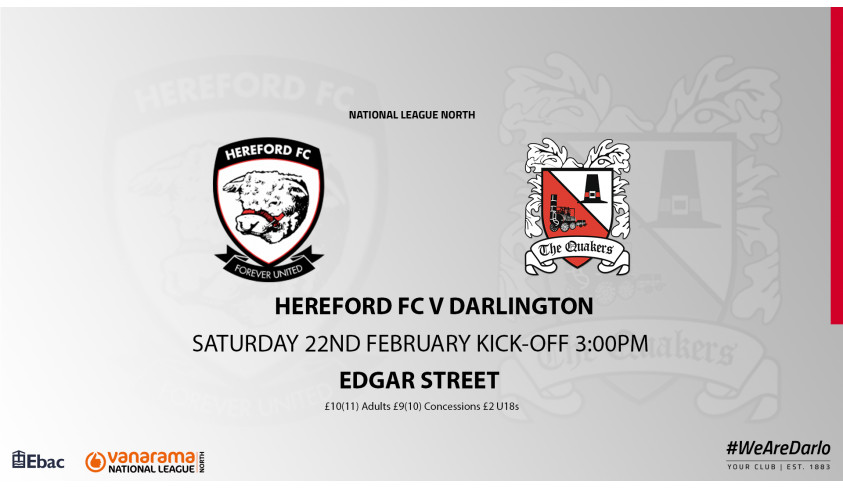 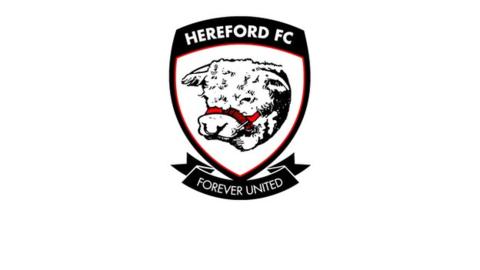 and an interview with goalscorer Omar Holness

They led 1-0 at half time and maybe could have scored more in that period, and in the second half Hereford struck twice to lead 2-1 with five minutes left.

But sub Holness finished off a good move to grab a deserved equaliser three minutes from the end.

With the wind blowing across the pitch, Hereford forced an early corner through Rowan Liburd , but Quakers headed the ball away.

Quakers had the first shooting chance when Adam Campbell found Justin Donawa on the right, but Donawa’s first time shot went over the bar.

Quakers were awarded a free kick for a foul out on the left on 7 minutes. Jarrett Rivers’ free kick was cleared as far as Joe Wheatley, whose powerful right foot shot from the edge of the box was goalbound until a defender deflected it over the bar for a corner that came to nothing.

Hereford won their second corner on 16 minutes but Ben Hedley headed the ball away at the near post. They then had a penalty appeal turned down when the ball struck Louis Laing when he was on the ground.

Quakers had another shooting chance on 20 minutes when Joe Wheatley set up Jarrett Rivers, who struck a dipping right foot shot from 25 yards that Hall saved at full stretch.

Quakers were then awarded a free kick for a foul on Campbell 25 yards out, and Wheatley’s effort beat the wall and went just over the top.

Hereford had their first real opening on 28 minutes when Mooney collected the ball in midfield, held off two men, and struck a low shot that Elliott saved down to his left. The ball went straight up the other end, and Campbell had a chance that he fired straight at Hall.

Hereford then got a dubious free kick 30 yards out for a foul by Liddle, and Owen-Evans struck the top of the bar from it.

Quakers took the lead on 35 minutes with a breakaway goal. Wheatley cleared a Hereford corner and found Donawa, who made plenty of ground up the right and played the ball across the six yard box for Rivers to come in at the far post and tap in his third goal of the season.

Donawa nearly got a second with a right foot shot from the corner of the box that took a deflection and looped just over the bar.

It was nearly 2-0 when Sean Reid won the ball with a perfect slide tackle on the halfway line, and found Wheatley who immediately released Campbell, but the keeper blocked Campbell’s close range lob.

Quakers had an opportunity straight after half time when Rivers beat his man on the left and crossed into the middle, but Reid couldn’t get his header on target.

Hereford caused problems at the start of the second half. A corner from the right was headed down at the far post for Liburd to have an overhead kick blocked on the line, and the ball came out for O’Sullivan to fire wide of the left hand post.

Hereford levelled out of the blue on 56 minutes when Lenell John-Lewis picked the ball up on the right, and struck a right foot shot that went across Elliott and into the top left hand corner of the net.

Owen-Evans nearly got a second with a low shot that Elliott pushed around the post, then the keeper pulled off a great save to stop a first time shot by John-Lewis.

Quakers nearly regained the lead on 70 minutes when Ben Hedley crossed from the right, and Stephen Thompson, with his first touch after coming on as sub, put a diving header into the side netting.

And they had another chance on 83 minutes when Laing made a great break from defence and found Hedley, who stepped in from the right and hit a left foot shot that Hall just managed to touch over.

And from Thompson’s corner that followed, Storey headed just wide.

But Hereford went in front on 85 minutes when Mooney got behind the defence on the left and pulled the ball back for Hodgkiss to run in and volley home through a crowd of players.

Quakers levelled straight away though when Campbell and Hatfield combined well on the right from a throw in to set up Holness , who found space inside the box, and fired across Hall into the net.