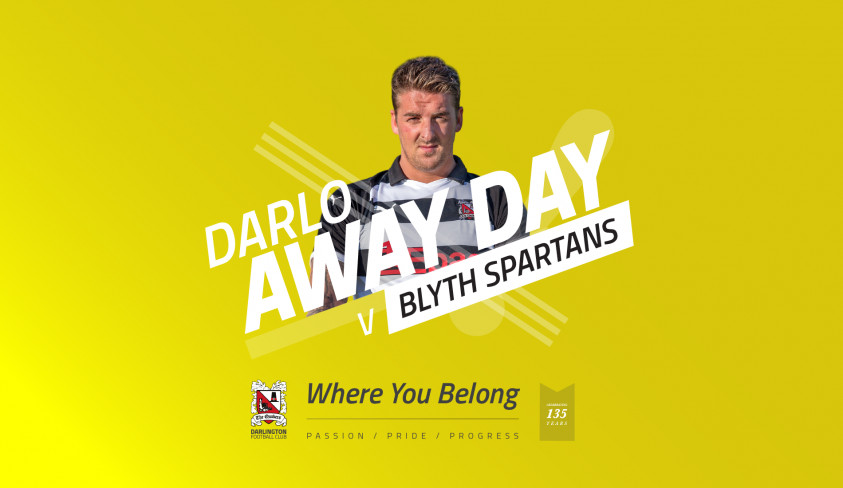 Two new signings in the squad as well

Darlington striker Stephen Thompson is all set to make his 250th league start when Quakers go to Blyth on Saturday.

Thommo signed from Durham City in September 2012 in the Northern League season, and has established himself as a firm crowd favourite with some fantastic displays and has scored 89 goals.

Back in the squad on Saturday is defender Liam Hughes, who has had a leave of absence for the last four weeks.

And also included in the squad is striker Wilson Kneeshaw, who has just been signed for the second time, and defender Sam Muggleton who has just arrived on loan from Chesterfield.

We travel north looking to pick up our first away win since October.

Under Alun Armstrong’s management, Blyth sit in 11th place three points off the final playoff spot and seven better off than ourselves. The side struggled at the start of the season, however, a long unbeaten run which only ended recently at home to Hereford has seen them move into playoff contention.

We met early on this season at Blackwell Meadows, a game which despite dominating we were only able to take a 1-1 draw from the game thanks to Reece Styche’s goal.

While we were without a game last weekend, Blyth travelled to National Premier side Leyton Orient in the last 16 of the FA Trophy, but they fell to a 1-0 defeat.

Our two recent trips to Croft Park have seen us win 1-0 thanks to a fantastic Lee Gaskell strike and last season’s 3-1 defeat, Tommy Wright’s first game in charge.

Team News:  Liam Hughes returns to the Darlington squad after a month’s absence. Joe Wheatley has recovered from illness.