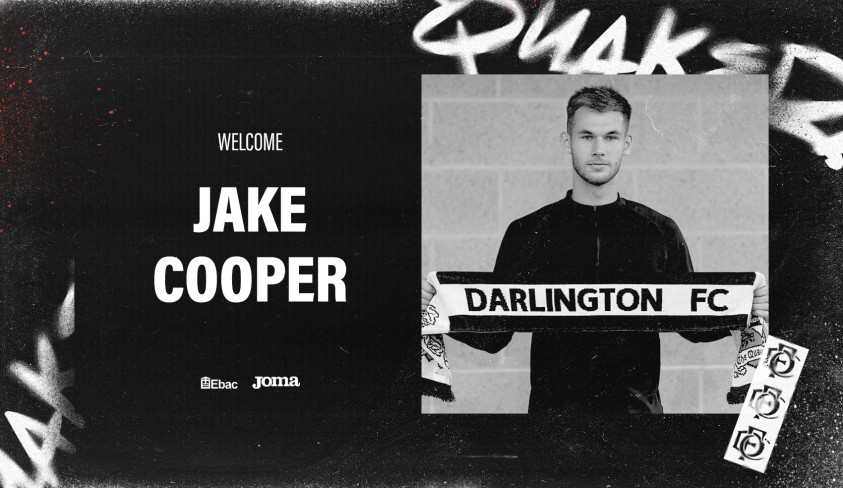 Jake, who is 21, joined the Rotherham academy as a 14 year old, and signed his first professional deal in 2019 with the Millers.

He had a loan spell with Gateshead making 30 appearances, and a brief loan spell at Hartlepool at the end of last season when he made two appearances in their successful promotion campaign.

Here's an interview with Jake:

Here's what manager Alun Armstrong has to say about Jake's signing:

Jake, who will have squad number 33, goes straight into the squad to play Blyth on Saturday.

We would like to wish Jake, who will be on loan until 3rd January and is eligible to play in the FA Cup and FA Trophy, every success during his stay with us.

We would also like to thank Rotherham for their help with Jake’s loan, and Darlington assistant secretary Allan Wilson for all his efforts.