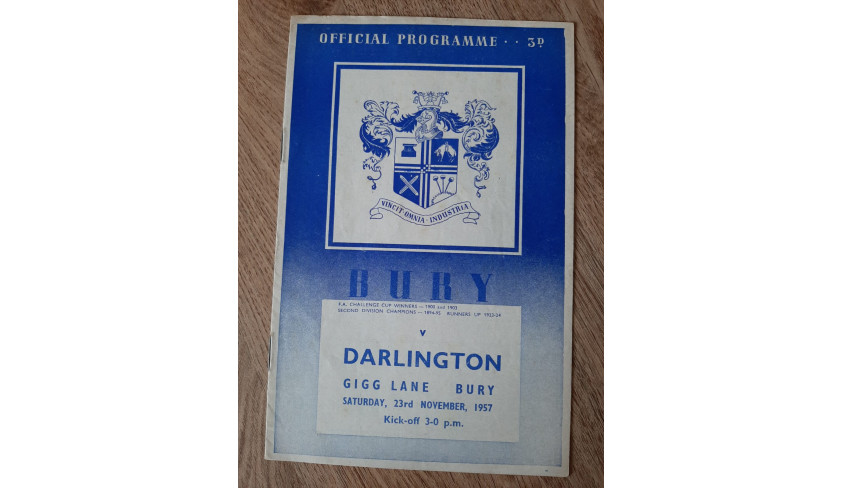 Thanks to Karl, here are some more programmes from the 1957-58 season. At the end of September, we were 19th in the table, with the worst defensive record in the league.

We lost 3-1 at Bradford City on 5th October, our seventh away defeat of the season. 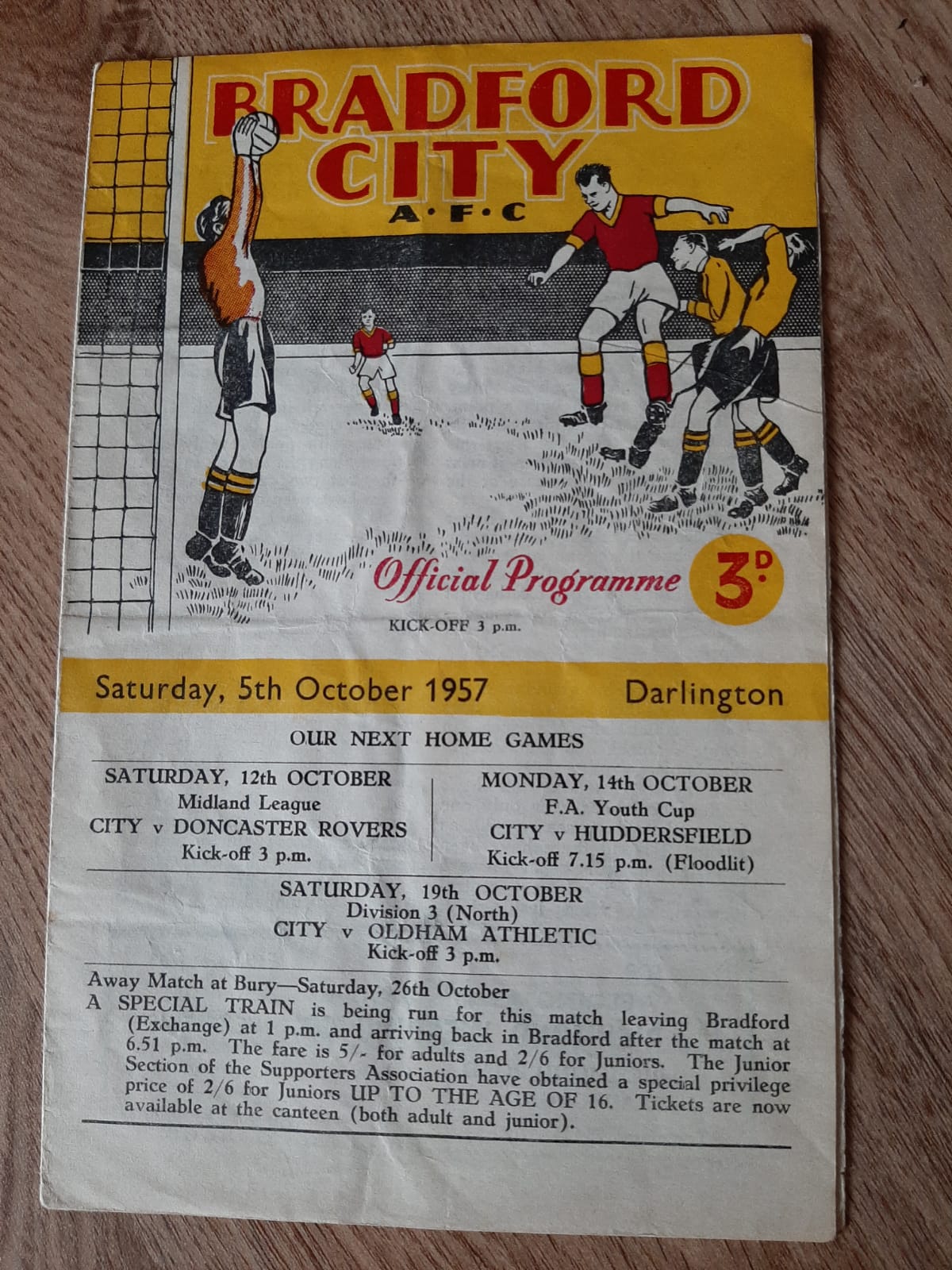 We cracked it though at Chester on 12th October, Charlie Wayman scoring our only goal of the game. 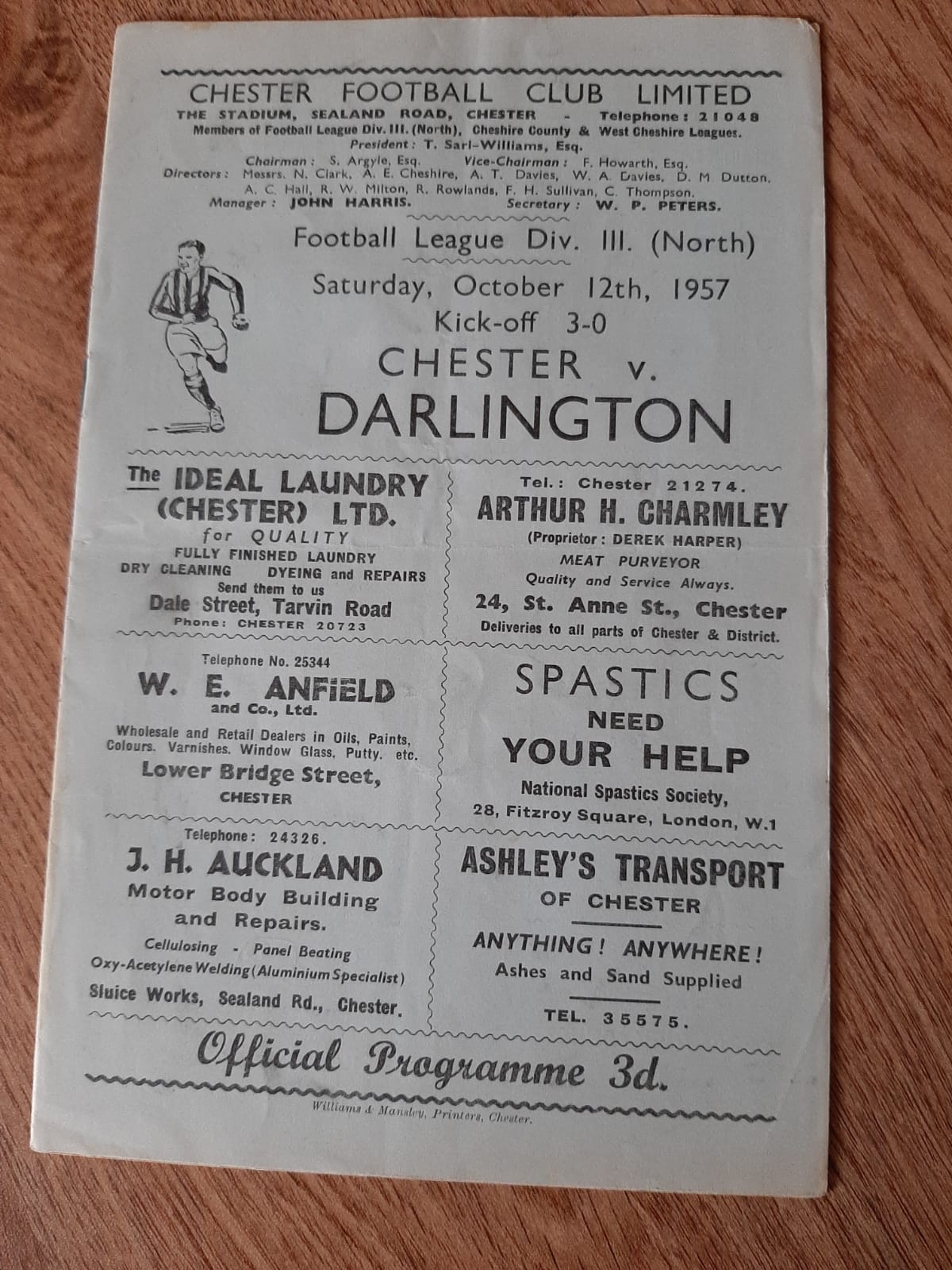 And after losing at home to Carlisle, we won away at Southport by 3-0 on 26th October 1957. We were 14th at that point, and still with the worst defensive record in the league, with 35 goals conceded. 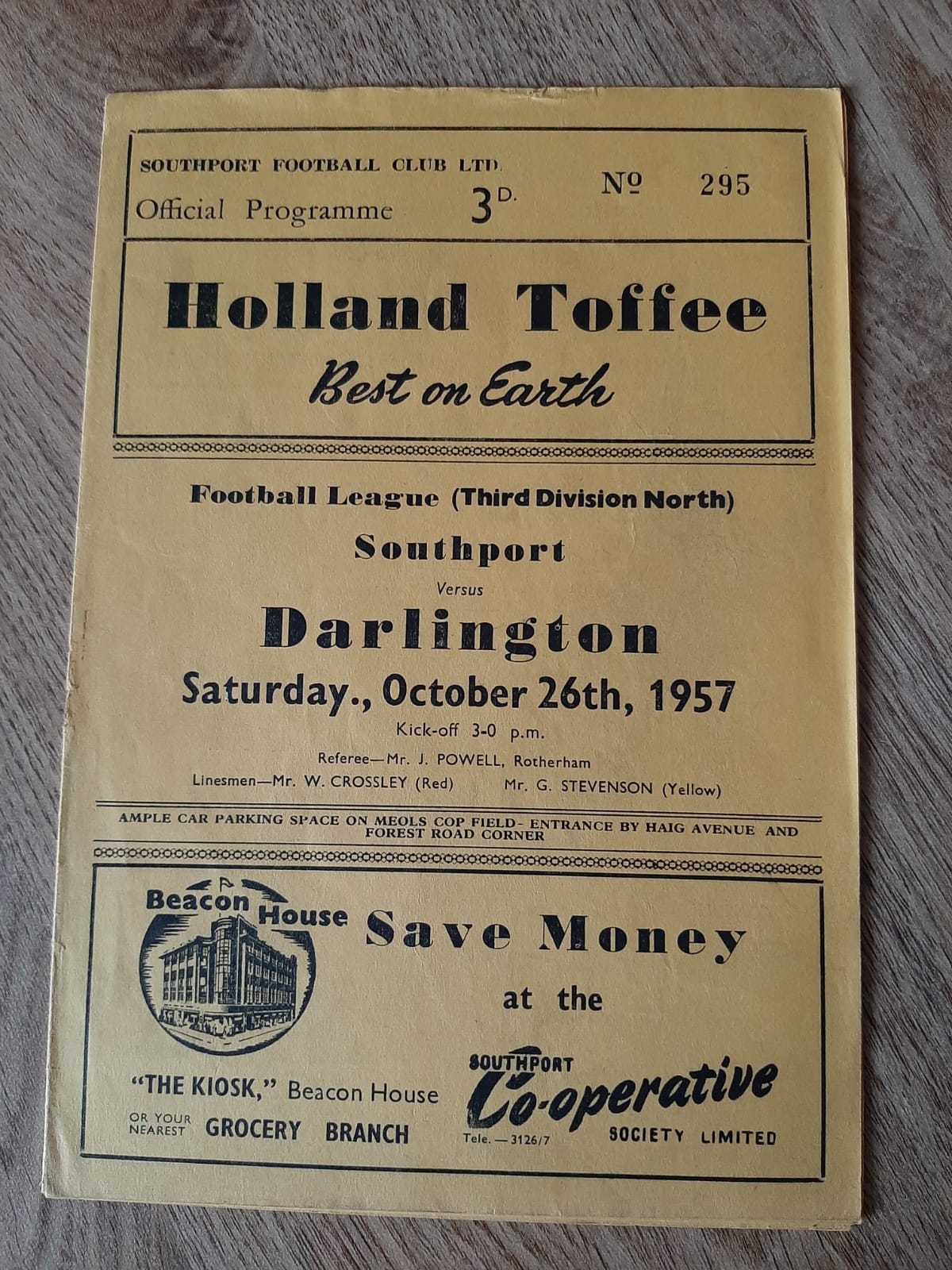 We won back-to-back games by beating York City at home on 2nd November by 2-0. 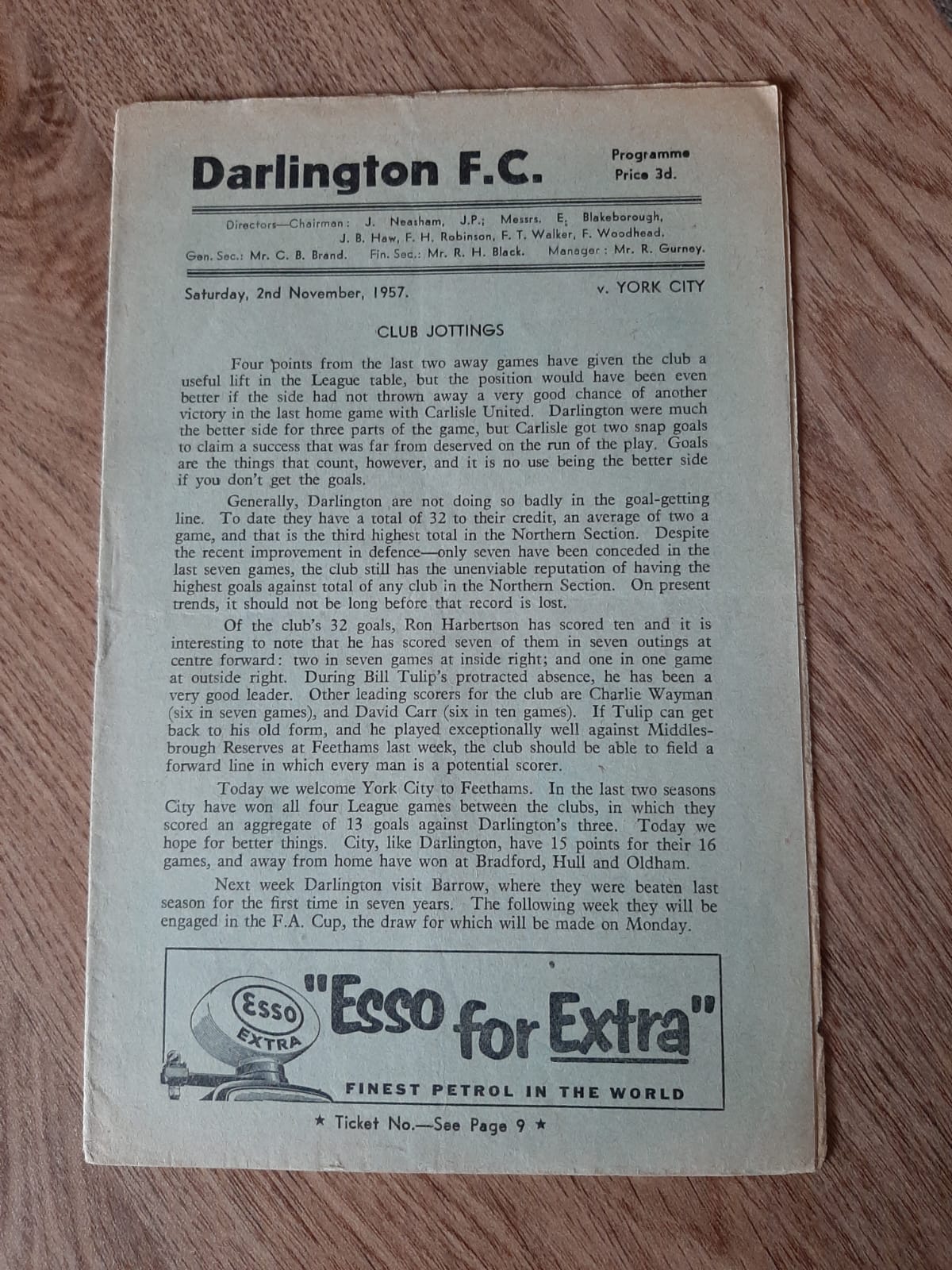 After our FA Cup win at Rochdale, our away form slumped again when we lost 5-0 at Bury 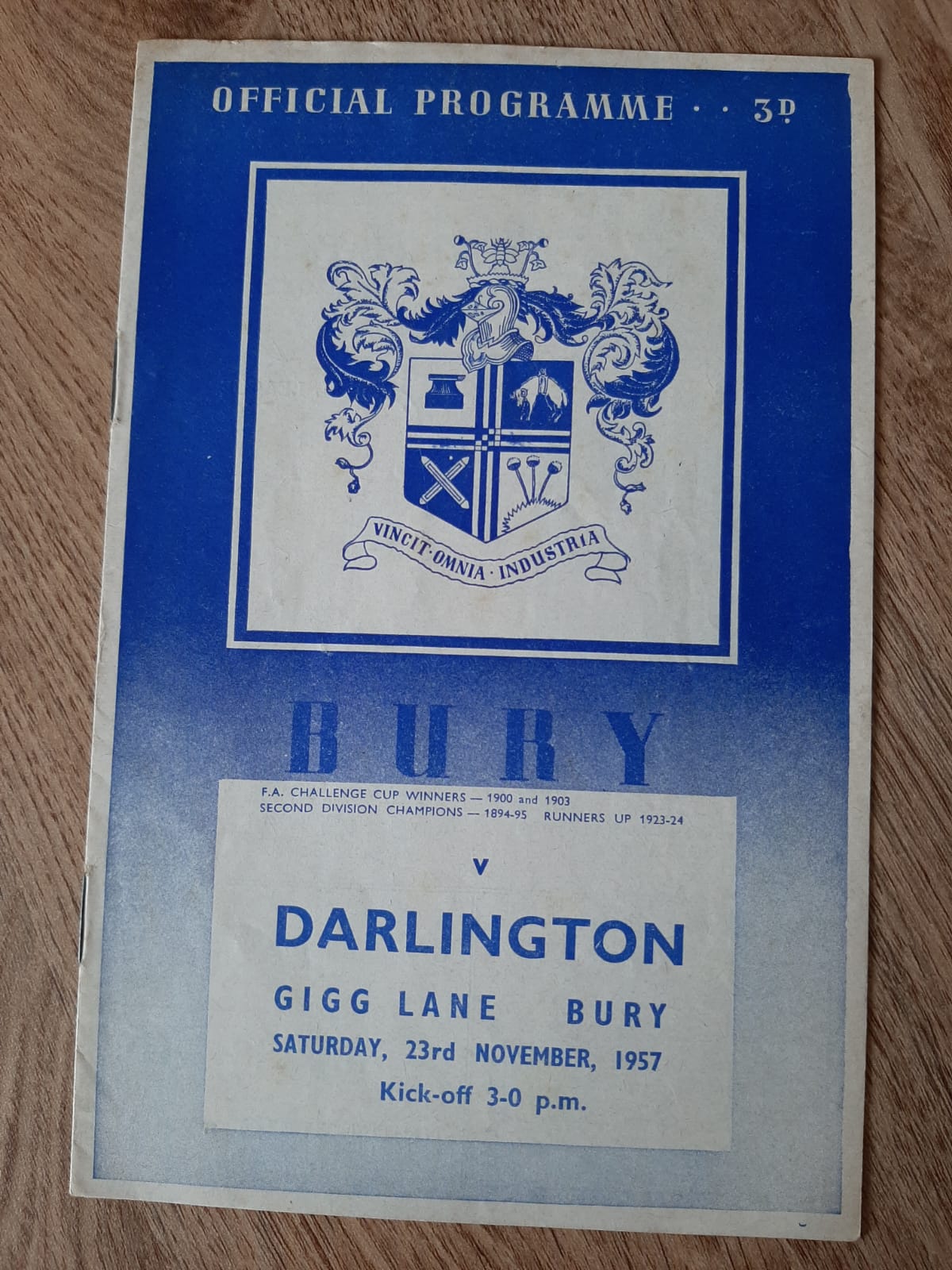