Quakers looking for first win since 2014 against Farsley 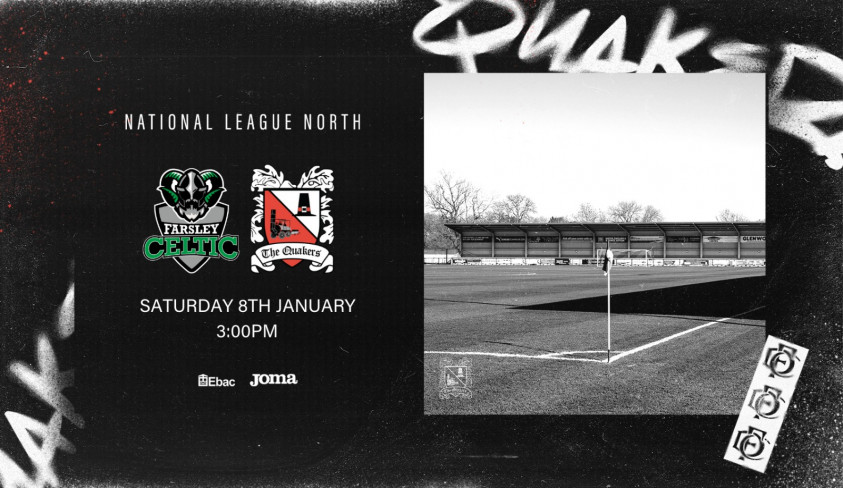 Quakers head to Farsley looking for their first win in six games against them.

Not since April 2014 have Quakers beaten Farsley in a league game, way back in EvoStik First Division days.

Tyrone O’Neill is included in the squad and could make his fourth debut.

Danny Ellis is all set to play against his previous club. Tommy Taylor also played for Farsley earlier in his career.