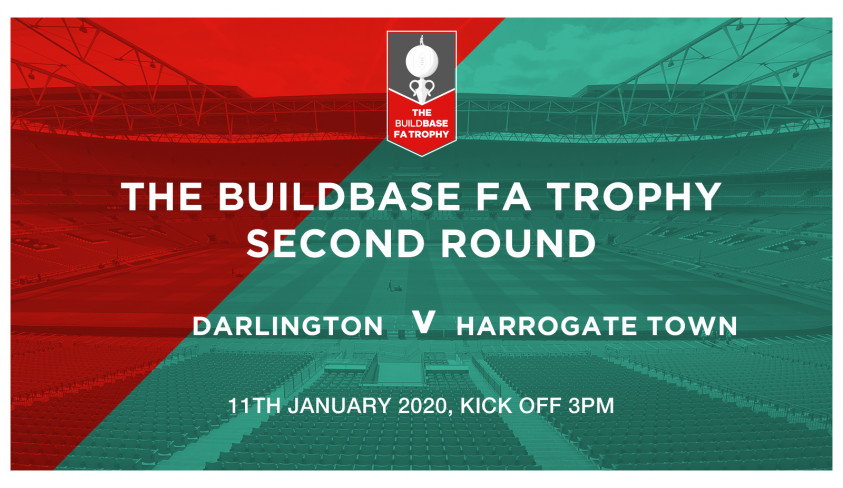 Place in the last 16 up for grabs

We’re looking to beat our second National League side in the space of three days when Harrogate Town visit Blackwell Meadows on Saturday.

Confidence is high after beating Solihull courtesy of an Omar Holness goal, which means that we’ve lost only once in our last eight league and cup matches.

Sean Reid is ineligible, having already played for Morpeth.

David Atkinson is fit again and included in the squad.

Joe Wheatley is still struggling with an injury

Liam Connell is prevented from playing by his parent club South Shields.

Manager Alun Armstrong chats about the Solihull win and the Harrogate game here:

Here are the highlights of that game:

Under 11s: free (if accompanied)

£2 supplement for seats (under 11s free)