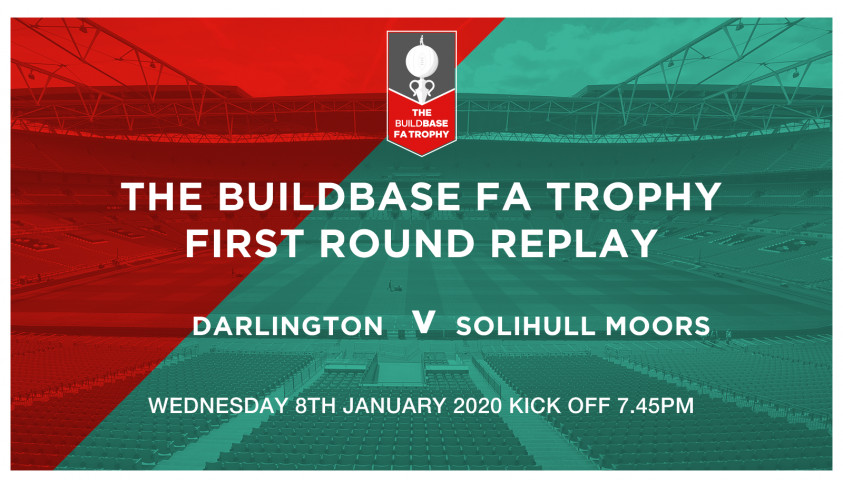 Place against Harrogate at stake

The two sides drew 2-2 before Christmas with Quakers scoring a late equaliser to earn a replay, and now we’re hoping to defeat a team that is going well in the National League.

Here are the highlights of the first game in December:

Team News: Right back Luke Trotman, striker Jamie Holmes and defender David Atkinson are all ruled out because of injury. Atkinson might be back in mid January

Terry Galbraith is fully fit again and is added to the squad.

Sean Reid is ineligible, having already played for Morpeth.

Liam Connell is prevented from playing by his parent club South Shields.

Here's what Darlington assistant manager Darren Holloway has to say about the game:

League position in National League 6th (27 places between the teams)

Here's what Solihull manager Tim Flowers is saying about the game:

Under 11s: free (if accompanied)

£2 supplement for seats (under 11s free)

Last time we played at Darlington