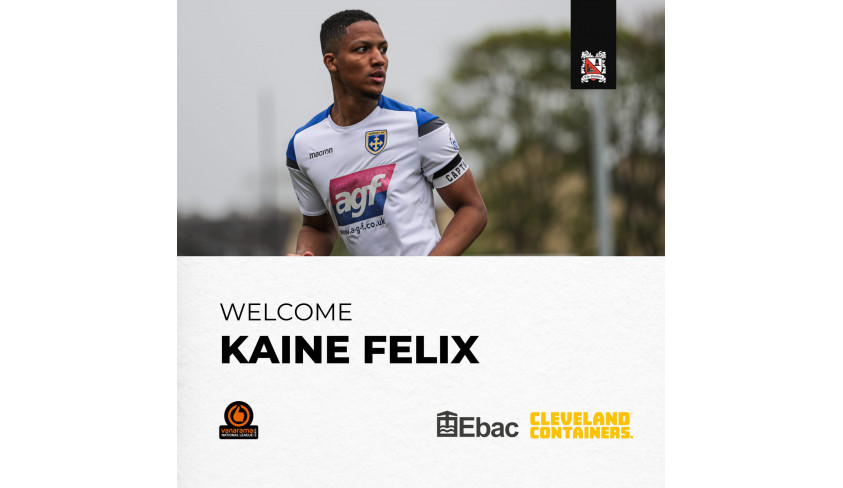 Kaine, who is 27, started his career at St Neots, and went on to play for Boston, York City, Stockport, Leamington and Brackley before joining Guiseley in 2018.

It was while he was at Guiseley that Darlington fans will remember him, as he produced some excellent performances against us, and also scored on a couple of occasions.

He left Guiseley in the summer and joined newly-promoted Peterborough Sports, who have now agreed to his transfer.

Darlington manager Alun Armstrong said; "He is a quality player. He is a very tricky and experienced winger who will give us a different dimension. He has always given us problems whenever he has played against us in the past. I nearly got him a couple of years ago, but missed out. Finally he has decided to join us."

We would like to wish Kaine every success in his stay with us.

We would like to thank Peterborough Sports, the National League and the FA with their help in this transfer.