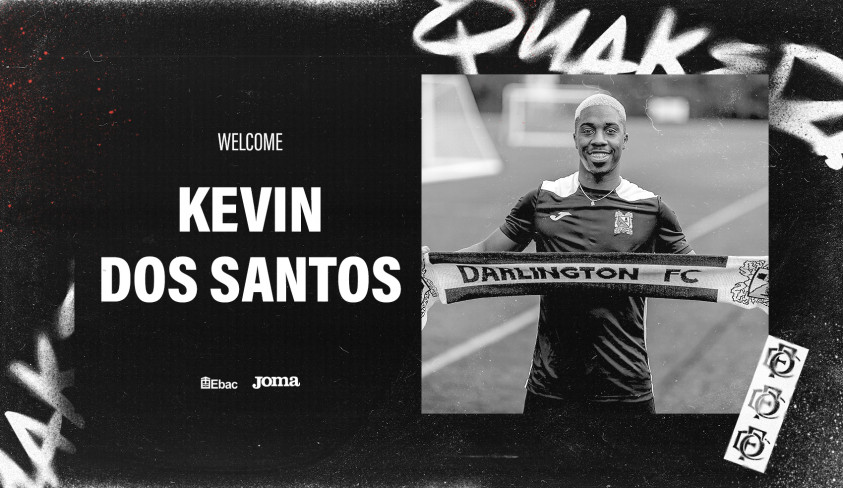 Kevin David Nogueira Carvalho Santos (to give him his full name) was born in Portugal, and played for Vilafranque and Vitoria Setubal before coming to England.

He joined Tadcaster Albion in the Northern Premier League in July 2020, and played against us in the FA Cup. Even though he finished on the losing side, he impressed, and was recommended to us by his former team mate, Erico Sousa.

Kevin,21, signed for us after playing well in the friendly at Sheffield United a fortnight ago.

You can watch an interview with Kevin, who is our ninth new signing of the summer, here:

We would like to wish Kevin all the best in his stay with us.

Why not buy a season ticket and see Kevin? Follow this link