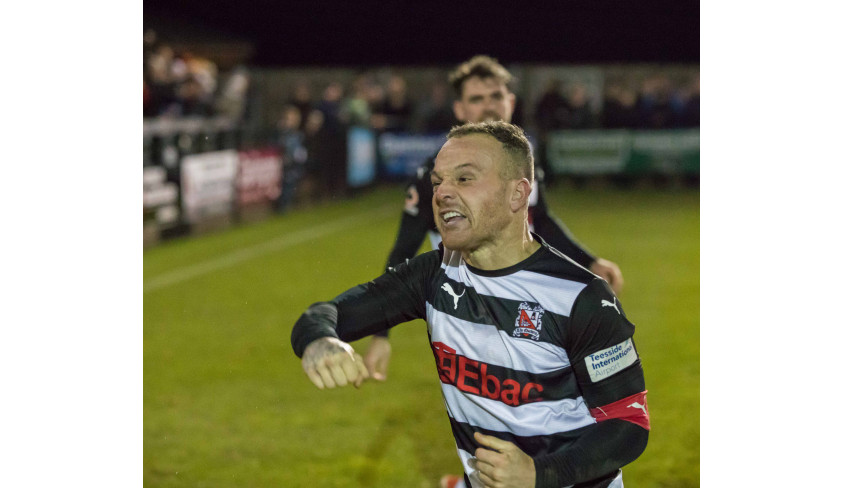 Eight great years for the striker

Darlington striker Stephen Thompson has today informed us that he is leaving the club.

The club offered him new terms and a guaranteed testimonial in recognition of his great service, but he's decided that he wants to play elsewhere. He spoke to manager Alun Armstrong on Saturday morning and told him that he was moving to another club.

Thommo joined us from Durham City early in the Northern League season in 2012, and became our joint record top scorer last season when he scored his 100th Darlington goal against Spennymoor.

He helped us to win three promotions into National League North, and scored some memorable goals along the way, perhaps the most memorable of the lot being the opening goal at Whitby in the EvoStik League season on the night we clinched the title.

Everyone at Darlington Fc would like to wish him well for the future.