Can you donate a bottle prize for our great Darlington FC Christmas Charity Draw? 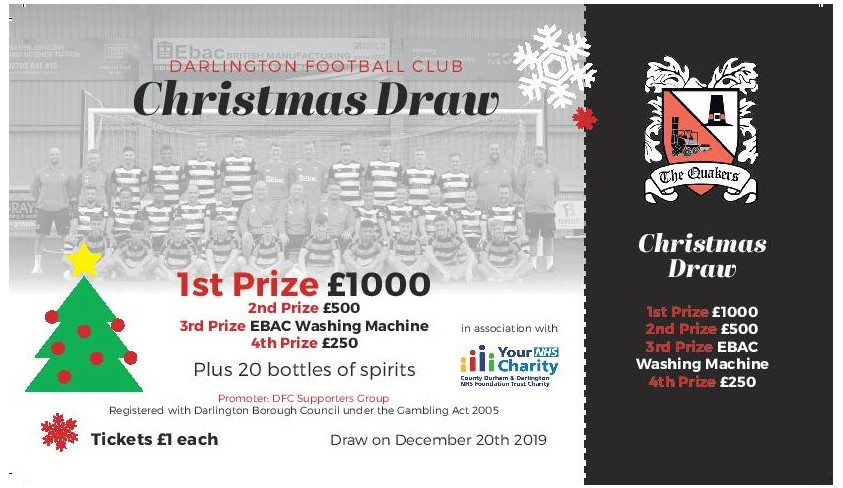 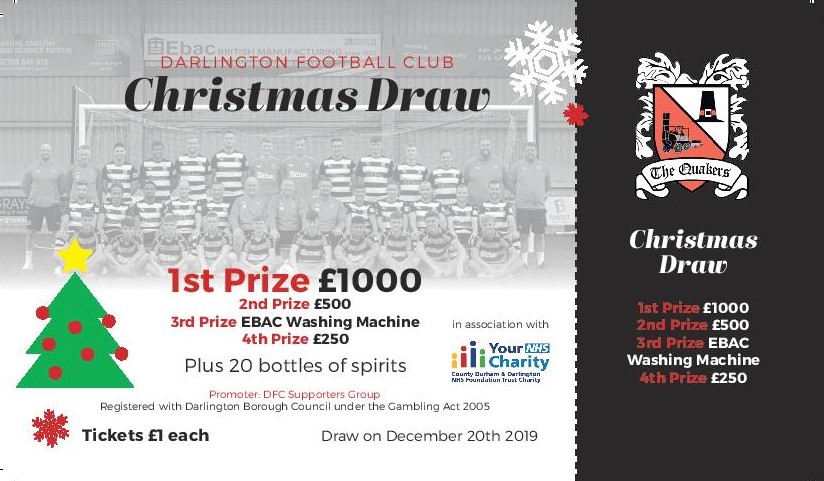 Tickets are going really well for our Christmas prize draw, with some great prizes available.

We're still looking for bottle donations as raffle prizes -- so if you have a spare bottle of spirits that will help raise money for the club, then get in touch with Rob Duncan. We have already received several donations, but we'd like more!

Tickets are priced at £1, and the draw will be made at our Christmas Night Out in the Dolphin Centre, on Friday 20th December, beginning at 7.30pm.

Not only is the draw in aid of Darlington FC funds, but it will also benefit our chosen charity, the children’s ward at Darlington Memorial Hospital. The charity is run by Pat Chambers, so please support it as much as possible.

Darlington commercial director Craig Morley said; “We have started selling tickets in October so then we can sell as many as possible in the run up to Christmas, and as well as for the benefit of the club, it’s for a great cause as well.

“The draw will also be made at our Christmas function, which is sure to be a memorable festive occasion with the players and management in attendance as well.”

The club is looking for volunteers to sell the tickets.

DFCSG member Rob Duncan, who is co-ordinating the organisation of the ticket sales, said; “We are asking for 100 fans to take 100 tickets each and sell them to family, friends and workmates. The more people that help, the more tickets we sell.”

If you want to help, drop Rob a line on rob.duncan@darlingtonfc.org.

Tickets will also be on sale in Quaker Retail, from the DFCSG table on matchdays, on the supporters’ bus to away matches and from My Sportswear at Morton Park in Darlington.

We'd also like to thank Tomahawk Steakhouse in Darlington for sponsoring the draw tickets -- here are Craig Morley and Rob Duncan outside Tomahawk in Darlington.