Following another postponed game last Saturday you can help your club and also give your friends and... Following another postponed game last Saturday you can help your club and also give your friends and family a pre-Christmas football treat.

So why not bring them along to our next home game against Rushall Olympic on Saturday December 5th? We’re calling it a Friends and Family Day, in which we’re encouraging all Darlington fans to bring along at least one friend or another family member to sample the atmosphere of a Darlington game in family-friendly surroundings. We have all worked very hard over the last four seasons to steadily build a community club which caters for fans of all ages and one that we can all be proud of – so why not give someone new a chance to experience the flavour of Saturday afternoon football involving one of the best-supported non league clubs at this level?

There have been some exciting games at Heritage Park this season (remember the Blyth, Workington and Stourbridge games) and entertainment is full value for money. Admission prices are £10 adults, £7 concessions and £4 children (5 to 16). So why not invite someone to come along and watch our promotion push?

See you a week on Saturday!

Manager Martin Gray is supporting the initiative. "We're entering a busy time of year, with a lot of games coming up over the next few weeks.

"Our supporters play a big part in our promotion campaign, and it would be great to see and hear more fans inside Heritage Park for our next home game." 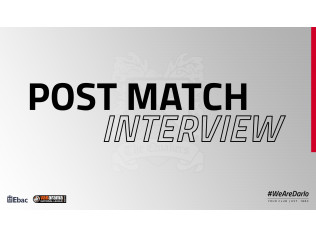 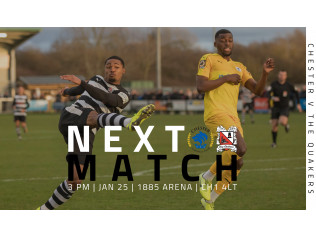