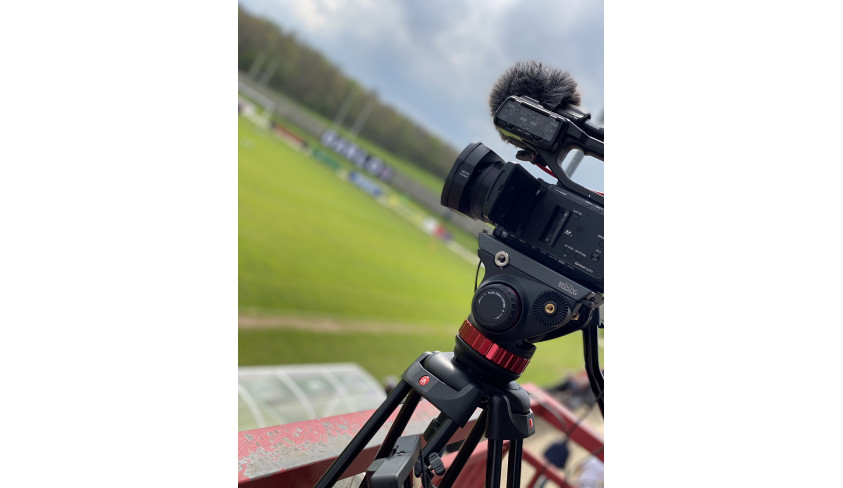 Darlington Football Club is looking for a new volunteer camera operator / videographer to join its match day media team ahead of the new season.

The football club have produced regular highlights packages from its men’s first team fixtures for the last 10 years. Home games are covered by a number of cameras and the footage used to produce some of the most comprehensive highlights in non-league football. In recent seasons the club has also broadcast its home games live over the internet.

Ahead of the coming 2022/23 season the club is looking to add new camera / videographers to its media team to help cover our games at Blackwell Meadows.

Duties and Responsibilities
The role would involve operating cameras and filming the game from a variety of positions within the ground, being able to track the play and provide usable footage for a highlights package which is published following each game. The role could also involve filming the game as part of a live broadcast of games over the internet. Occasionally filming post match interviews conducted between manager / players and the media manager when the main camera operator is unavailable. The ideal candidate would have some experience of operating a camera and filming sports. However an individual with good technical skills or an interest in cameras would be equally suited to the role. The role would be well suited to a student on a media / broadcast production degree looking to gain hands on experience during their course.

Additional Details
This is a volunteer role. The club play games on Saturday afternoons, some Tuesday evenings and bank holidays. The role would be limited to home games only. However in special circumstances could involve an occasional away game (notable cup ties for example). Such games would be entirely optional. The club would envisage around 2 and half hours for games where only highlights are being produced and around 3 and half hours for games which are broadcast live. The club are ideally looking to appointment multiple people to allow for some flexibility and cover.

What We Can Offer
The role represents a great opportunity to individuals who want to gain first hand experience in media production. The role would be hugely beneficial to someone undertaking a media / broadcast production degree. Their footage would likely be seen by a large audience both through the highlights packages that the club produces and as part of any live broadcasts.

Further Details and How to Apply
To express an interest or to arrange an informal chat please drop an email to media@darlingtonfc.org. Volunteering at Darlington FC can be a rewarding experience, a chance to learn new skills and make new friends. If you feel you could help us, we’d love to hear from you.