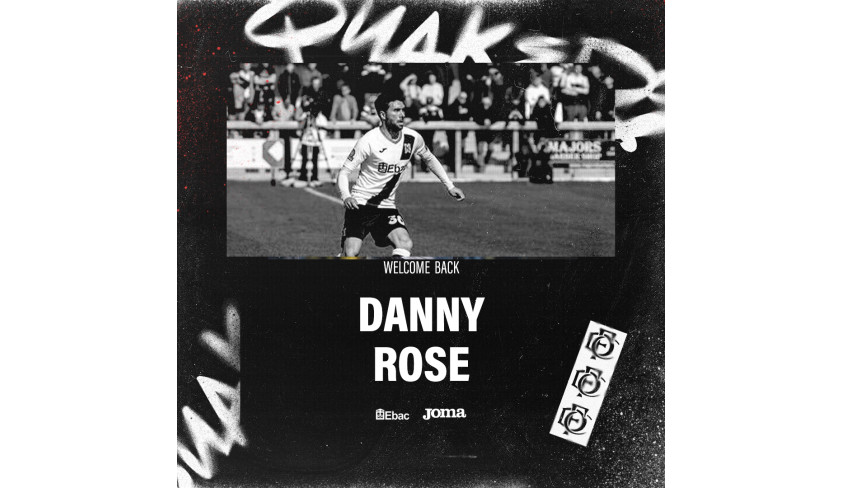 Midfielder will join from Grimsby

Midfielder Danny Rose has agreed to join Quakers on a permanent basis from Grimsby once his contract expires with the National League club.

Danny, who has won five promotions during his career which started at Manchester United, joined us on loan from Grimsby in October, and made his full debut for us in the 3-1 away win at Kettering. In total, he has made 25 appearances for us.

Danny is still under contract with Grimsby, but Grimsby have told him that he is not in their plans and he will not be offered a new contract by them.

Manager Alun Armstrong said; "You can see that Danny has played at a higher level because of his movement, reading of the game and positional sense. We're delighted that he's signed, and his experience will strengthen our midfield."

We would like to thank Grimsby for their co-operation.

You can listen to an interview with Danny here

We would like to welcome Danny to the club again and hope he enjoys plenty of success with us.