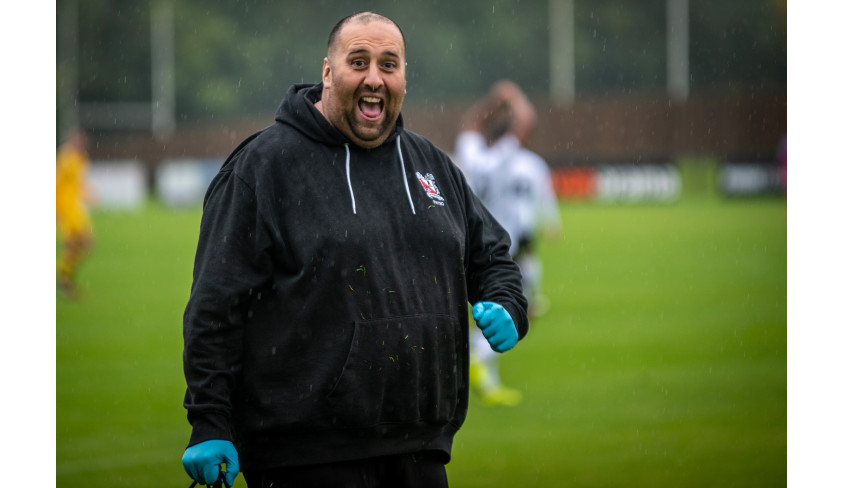 Alun: "He's been my best signing"

The club are delighted to have signed Danny O'Connor on a long term basis as Club Sports Therapist.

Danny will support both the first team and Academy teams going forward, a role he has made his own over the last four years. After a remarkable year, with some key long term injuries to players punctuated with his life saving assistance to Nicky Hunt, manager Alun Armstrong has moved quickly to ensure that Danny remains at the club.

Alun is delighted with the news, and said; “Danny is larger than life. He knows his job inside out, and he's a great personality to have around the club. Everyone is very pleased that he's signed a new contract to stay with us – he’s been my best signing.”

Danny said; “Come on......like I would ever want to leave this place? The gaffer called me into his office and said that he needed a bit of explosive pace injecting into the team and I was top of the list so it was win/win for everyone.

“On a serious note though, I can’t thank the gaffer enough for giving me the chance to stay on, I’m absolutely delighted to have my contract renewed with the club. I have felt right at home since the moment I have been here. This is a very special club and I’m so lucky to be part of it because I love working with everyone at the club and I especially love the banter with the fans so it’s going to be awesome to see them back next season.

“The hard work has already started getting things ready for pre-season, which I’m also very excited about especially after hearing the gaffer’s plans for the team and the new additions.”

The contractual negotiations have been constructive as we have faced stiff competition for his signature from other clubs. HR advisor John Vickerman, who led the intense negotiations commented;  "It was a tough negotiation as other clubs were in for Danny - at one point he said he was off to KFC, and then he was considering FC Parmo (Italian Serie Q) but his loyalty to the fans and love for the club won through. We probably need to continue passing him the odd packet of Haribos to keep him at his best."

Everybody at the club is delighted that Danny has signed a new contract, and that he’ll be with us for many seasons to come.

Do you want to contribute to Boost the Budget and help us raise £120,000? Follow this link:

Don't forget about your Covid vaccination