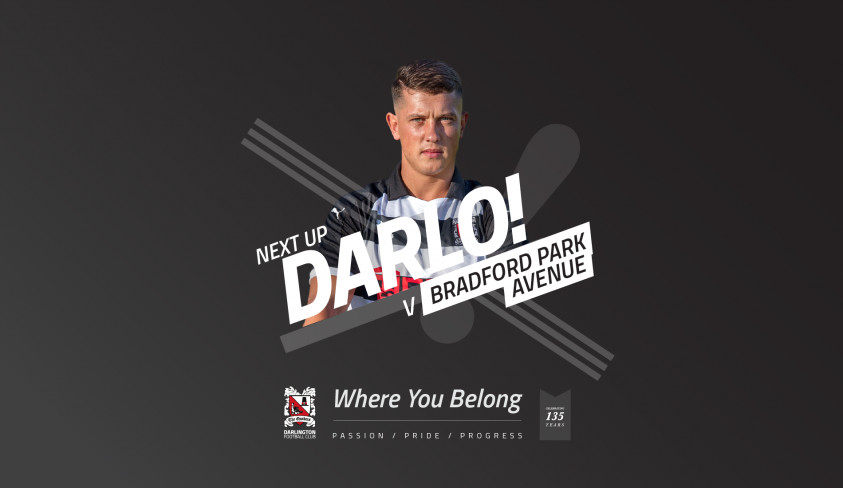 Quakers make it a hat trick of wins

A superb goal ten minutes from time by Stephen Thompson gave Quakers the points against play off chasing Bradford PA at Blackwell Meadows.

Thommo's strike -- he had almost scored just moments before -- was his 94th for the club and gave Quakers their first in in three attempts over Bradford this season.

It was also Quakers' third successive win in the wake of wins against FC United and Boston.

Quakers were the first to show when Stephen Thompson got away down the right and crossed into the middle towards Kit Elliott , but keeper Charlie Andrew intercepted.

Bradford had a half chance when a mishit pass by Jake Turner went straight to Jake Beesley on the edge of the area, but Simon Ainge got back well to win the ball.

Quakers then presented Lewis Knight with a good chance when they failed to clear the ball on the edge of their own box,  but Turner saved at his feet.

Quakers nearly took the lead on 11 minutes, there was a good lay off by Thompson on the edge of the box for Jordan Nicholson to hit a left foot shot that went just wide of the left hand post.

But Bradford missed a great chance on 13 minutes when Nicky Clee swung a free kick over from the left to the far post where Shane Killock, unmarked, headed over the top.

Quakers then got a free kick for a foul just outside the Bradford area, and Galbraith drove it through the wall and into the hands of the keeper.

Bradford had a chance from a corner on 23 minutes. The ball was cleared as far as Knight, who chipped the ball to the far post where Beesley, unmarked, headed towards goal, but Turner did well to divert the ball around the post for a corner.

Quakers nearly took the lead on 30 minutes. A careful crossfield build up from left to right ended with Thompson crossing to the edge of the six yard box where Nicholson, arriving late, headed just wide.

Turner pulled off the save of the first half on 41 minutes when Knight picked the ball up on the right, looked up and curled a left foot shot that was going in until Turner made a full length save and turned the ball around the post.

Bradford had a chance at the start of the second half when Knight found space inside the box and hit a low shot that beat Turner, but Galbraith cleared off the line behind him.

Quakers went up the other end and nearly scored on 54 minutes. Kneeshaw made a good break from inside his own half and found Nicholson who helped the ball on to Elliott, whose low right foot shot was blocked by Andrew.

They had another chance on 61 minutes when Thompson worked his way in from the right, got into the box, but fired over with the outside of his right foot.

The game swung from end to end, and there was an opportunity for Bradford on 63 minutes when sub Johnson got up the left and crossed for Knight to volley over the top.

Kneeshaw then went off with an achilles tendon injury, and was replaced by Harvey Saunders.

However, Quakers were denied at the other end. Jackson made a great run and set up Nicholson, who fired across the keeper and just past the post.Then a minute later on 67 minutes, Kit Elliott got round the back of the defence on the right and set up Saunders, whose shot on the turn was somehow saved by Andrew.

Quakers were looking the more likely to score and Thompson played a 1-2 with Trotman, and his fierce shot was saved by the keeper.

But he wasn’t to be denied on 81 minutes. Quakers broke up the left hand side, and Saunders set up Thompson, who struck another terrific shot from just inside the box that beat the keeper all ends up for his 94th goal for the club.

Saunders nearly made it 2, with a shot from the edge of the box that was deflected just wide.

Bradford caused an anxious moment right at the end, a right foot volley by Branson that went over the top, but Quakers kept their visitors out for their third successive clean sheet.