Luke heads the winner for Quakers 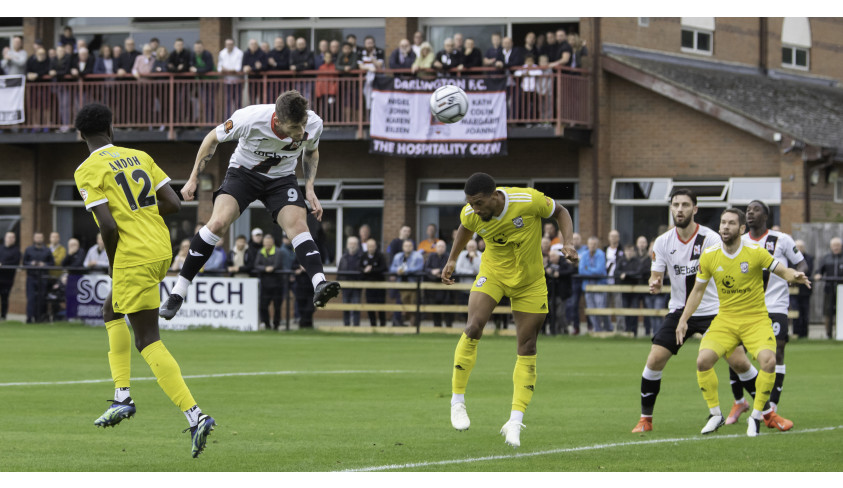 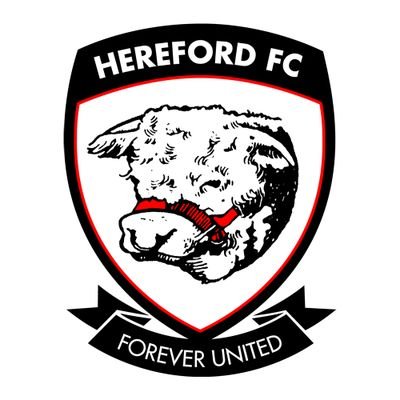 Thanks to our match sponsors, Screentech

and our matchball sponsors Paul and Jen Hodgson

Quakers won back-to-back games for the first time this season thanks to an 8th minute goal by Luke Charman, his seventh goal of the season.

However, the man of the match award went to keeper Tommy Taylor, who pulled off three good saves in the game and possessed immaculate handling, as he kept a clean sheet for the second successive game.

Quakers showed plenty of grit and determination to keep Hereford at bay, especially in the second half when the visitors had long spells of pressure.

But with Danny Ellis in command at the back, the visitors didn't create many clear cut chances.

The win put us 11th in the table, three points behind the play off places.

Here's what keeper Tommy Taylor and manager Darren Holloway had to say after the game.

Hereford forced the first corner after 4 minutes, but Jake Cassidy headed the ball away.

Danny Ellis played a good long ball downfield for Luke Charman to chase, but  it ran out of play.

Quakers took the lead on 8 minutes. George Smith found Jarrett Rivers with a good ball out to the right. Rivers played the ball back to Ben Hedley who crossed the ball perfectly for Luke Charman, six yards out, to head firmly past the Hereford keeper, for his 7th goal of the season.

Hereford nearly levelled on 16 minutes. A low cross from the left was deflected out to Ollie Hulbert, who struck a first time half volley that Tommy Taylor saved at his near post.

Hereford keeper Jordan Wright had to come out of his area to head away a ball towards the penalty area with Charman bearing down on him.

And Hereford were denied an equaliser on 19 minutes. Kouhyar made a good run down the right into the box and set up Ben Pollock, who hit a right foot shot from 25 yards that Taylor saved at full stretch.

They had another half chance when Tom Owen-Evans broke clear, but he stumbled on the edge of the box and Taylor saved.

A good ball up the left was picked up by Charman, who beat one man on his way into the box, but a second intercepted. The ball came out to the right for Hedley to cross, but Charman couldn’t get the ball under control.

Quakers were forced to make a sub on 36 minutes when George Smith was helped off following a foul challenge, and Alex Purver replaced him. Ben Hedley moved across from right to left back, with Purver going to right back.

Quakers won their first corner on 43 minutes. Danny Ellis had two headers blocked, Rivers had a left foot shot cleared as far as the edge of the area, where Will Hatfield fired in a low right foot shot that Wright saved at the foot of his post.

It was nearly 2-0 just on half time when Ben Hedley put a great cross over from the left for Charman to get a touch, but Wright managed to keep the ball out.

Taylor did well at the start of the second half, dashing off his line to punch away a free kick that had been whipped in from the right.

Quakers nearly got a second on 53 minutes. Cassidy found Rivers on the right with ag reat header, Rivers crossed to the far post where Dos Santos had a volley deflected for a corner.

From that corner, the ball dropped for Danny Ellis, who fired narrowly over the top.

Taylor pulled off another good save on 58 minutes, when Ryan Lloyd found space inside the box and struck a fierce shot that the keeper saved well to his left.

However, Quakers hit back at the other end when Dos Santos controlled a right wing cross and fired across the face of goal.

Hereford then put the home defence under a spell of pressure, but good defending kept them at bay.

Danny Rose came on for Dos Santos on 81 minutes, and he watched as Hatfield whipped in a free kick from the left that Charman and Cassidy couldn’t quite reach.

Quakers defended well after that, and Hereford were unable to trouble Taylor directly.

The victory put us 11th in the table