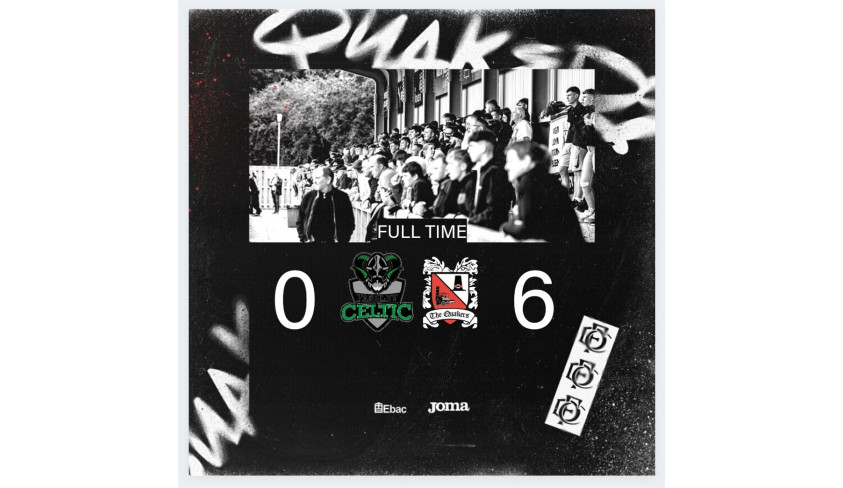 A superb first half hat trick by Jack Lambert set Quakers up for their first ever win at the Citadel.

Farsley couldn't handle him in the first half, as he scored a 20 minute hat trick.

Quakers kept the momentum going, and when Jarrett Rivers made it 4-0 early in the second half, victory was assured. Subs Tyrone O'Neill and Kevin Dos Santos weighed in with more goals as Quakers recorded their best away win since the 7-1 win at Whitby in 2016.

Lambert's hat trick was also the first away from home by a Darlington since August 2018.

In the first minute, Farsley keeper Kyle Trenerry had to come dashing out of his area to clear a through ball from Jarrett Rivers before Jake Cassidy could get there, and play switched to the other end, and Jerome Greaves had a shot blocked .

Quakers had a let off on 13 minutes when Jimmy Spencer ran into the area and was challenged by Griffiths, and the ball ran for Lewis Turner, whose left foot shot hit the post.

Quakers slowly got more into the game, and on 23 minutes Hatfield made good run into the boxand set up Cassidy whose shot was blocked.

Then Jack Lambert decided to take Farsley on by himself.

And Quakers took the lead on 25 minutes. Rivers cleverly controlled the ball inside the area and played a good ball to Jack Lambert, who coolly curled the ball past the keeper into the net for his third goal of the season. 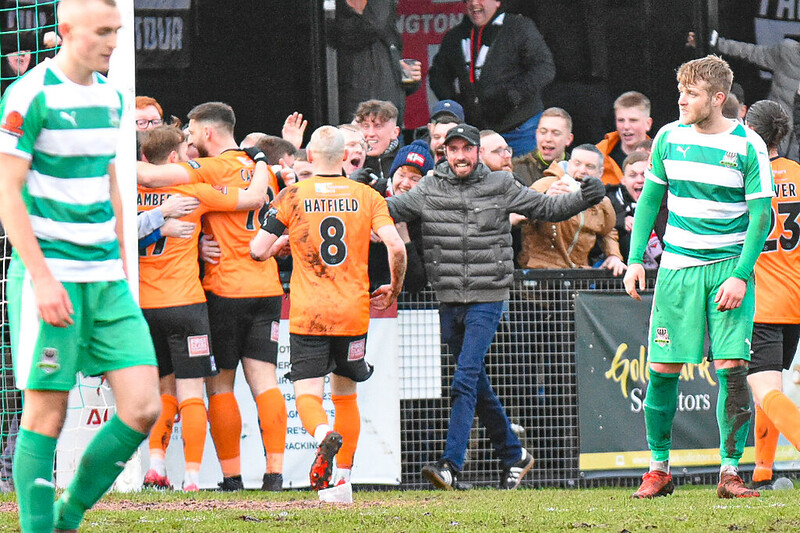 Quakers went 2-0 up on 29 minutes. A short corner was played to Rose, who crossed to the far side of the box where Lambert stepped past a defender and fired right footed past Trenerry, and the ref ruled the ball had gone over the line.

Alex Purver then nearly made it three, when Cassidy laid the ball off for him to try a 25 yarder that Trenerry held on to.

Quakers thought they should have had a penalty on 41 minutes when Rivers ran into the area and seemed to be completely taken out by a slide challenge, but the ref booked him instead.

But Lambert completed his hat trick on 42  minutes when Lambert picked the ball up in the area sidestepped a challenge, and blasted the ball into the roof of the net. The first Darlo player to score an away hat trick since Reece Styche at Brackley in August 2018.

Farsley nearly pulled one back in stoppage time when Spencer hooked the ball into the six yard box for Allan to head against the post.

Lambert was given a deserved loud ovation when he walked off the field at the end of the first half.

At the start of the second half, Danny Rose had a shot deflected into the wide netting from a short corner.

Guiseley replied with a shot by Luke Parkin that went straight at Taylor.

Quakers made it 4-0 on 52 minutes. Rivers picked the ball up on the right, cut back past two defenders and from just inside the area fired a left foot shot into the bottom left hand corner of the net – his first goal of the season.

Quakers took full control of the game after that, and they nearly got another on 65 minutes when Cassidy broke from the half way line and set up Hatfield, whose shot was deflected wide.

Quakers then made two subs, Lambert and Cassidy coming off for Kevin Dos Santos and Tyrone O'Neill.

It was 5-0 on 72 minutes. Danny Rose piked the ball up on the right and curled it perfectly into the six yard box for Tyrone O’Neill to head in.

And it was 6-0 on 76 minutes. Rivers found Dos Santos with a superb diagonal pass, and the sub wrong footed the defender, pulled the ball back on to his right foot and fired across the keeper into the net.

O'Neill had the ball in the net again, but he was ruled offside.

The fans shouted for seven and they nearly got it, when Dos Santos dribbled through, rounded the keeper, but his effort was cleared off the line.