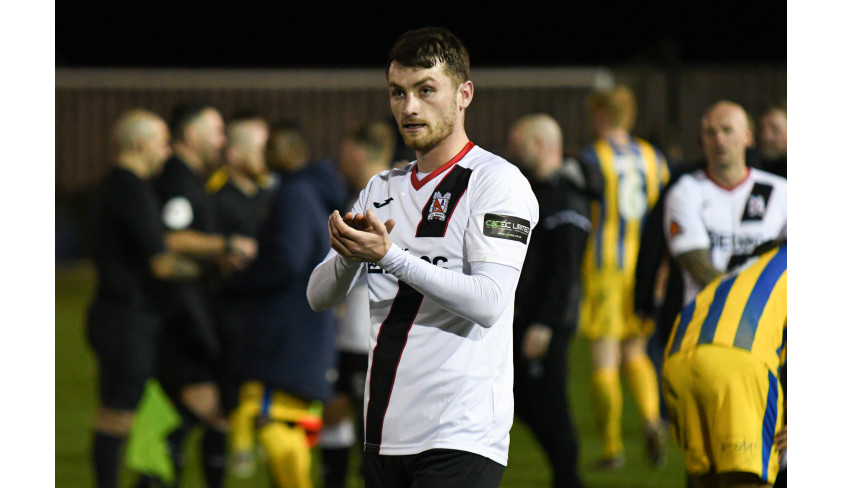 Darlington FC would like to announce that Luke Charman has today joined Rochdale for an undisclosed fee, subject to FA approval.

Luke, 24,  joined us in the summer of 2020 after he was released by Newcastle, and since then has played 33 games for us, scoring 19 times (12 in the league and 7 in cup competitions), many of them of the highest quality. Indeed, Luke had such an outstanding game for us against Spennymoor on New Year’s Day when he scored with a left foot shot from 25 yards, that manager Alun Armstrong called the game “The Luke Charman show”. In fact, he scored with a header against Spennymoor in the game at Spennymoor on Boxing Day, and a right foot volley against Gateshead on 28th December.

Alun said: “Luke has got loads of potential as he’s shown with us over the last 18 months, and he deserves a chance to play at a higher level.

“We couldn’t stand in his way once we knew that Rochdale were interested. One of our aims as a club is to develop players and help them progress their careers.

“It’s been a pleasure working with him, and I’m sure he’ll be a success at Rochdale.”

Here's a clip of some of his goals

Darlington FC would like to wish Luke all the best with Rochdale, and that he continues his great scoring form.

We would like to thank Rochdale for their professionalism in the transfer.