New signing George: "I want to enjoy my football" 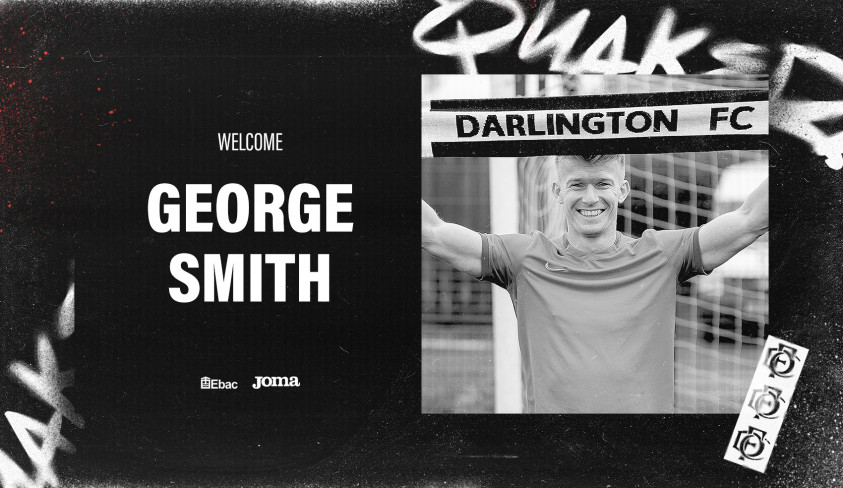 New left back chats about his move

George, who is 24, started his career with Barnsley, and after making his debut for them in December 2014, made 41 appearances. He was a member of the squad that won promotion to the championship in 2016, and also lifted the Football League Trophy at Wembley.

He moved to Gateshead in September 2020, and was a regular in their side last season.

Darlington manager Alun Armstrong said; “George has got loads of experience in the leagues above. He’s got plenty of pace, so he’ll be quite an asset to us.”

We would like to welcome George to the club, and wish him all the best with us.

He is our seventh new signing, the others being Tommy Taylor, Lucas Martin, Kallum Griffiths, Joey Hope, Lexus Beeden and Junior Mondal.