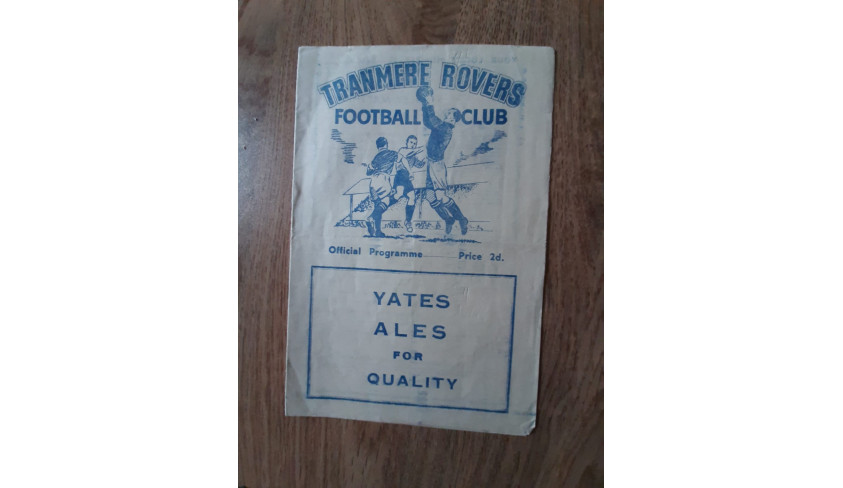 Karl Alexander has kindly supplied us with images of programmes from the 1954-55 season.

After losing both league games to Hartlepool at Christmas, we played Chesterfield at Feethams on New Year's Day and lost 2-0. 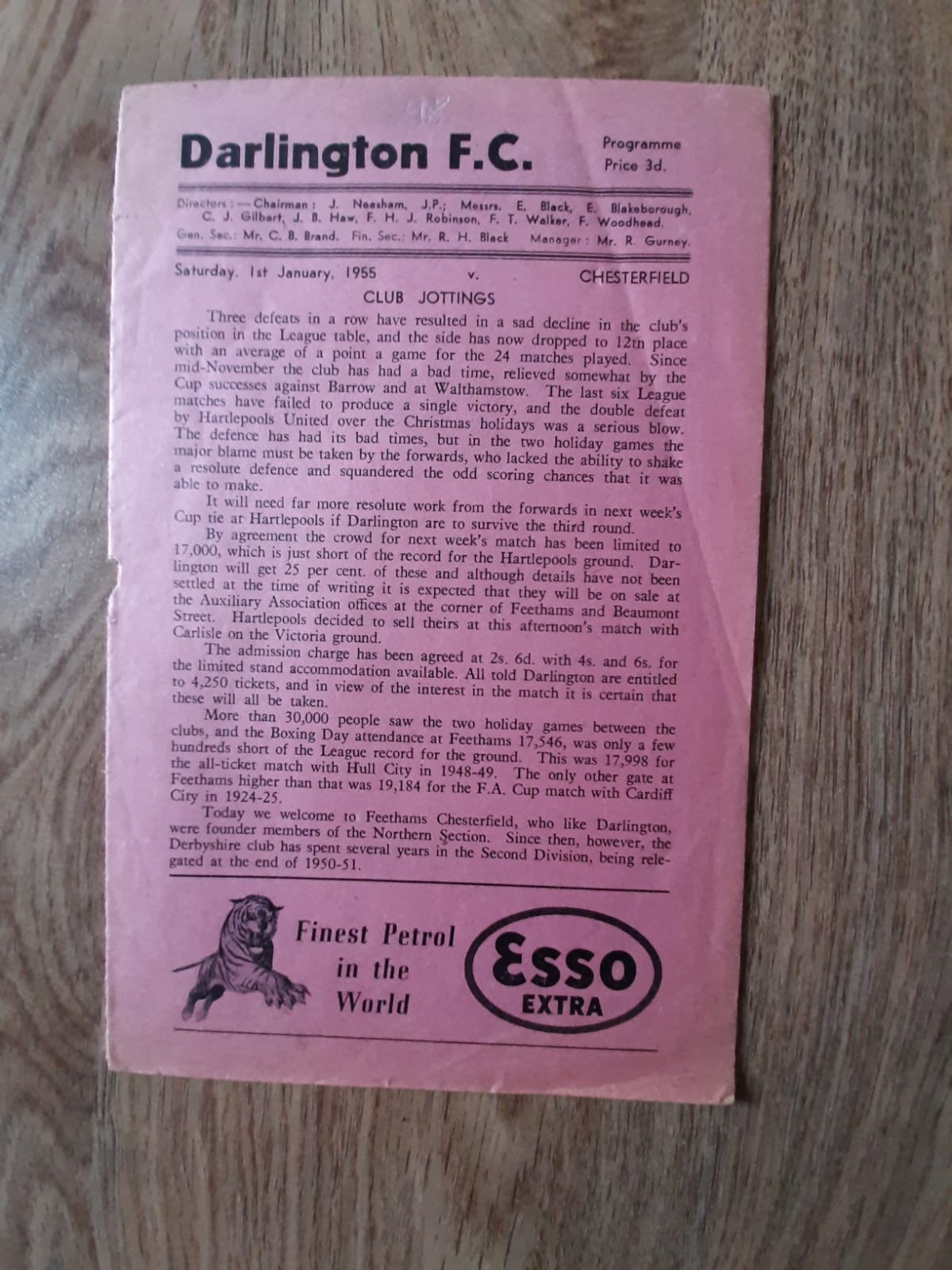 After going out of the Cup to Hartlepool and drawing with Tranmere, we won 2-0 at Chester on 5th February 1955. 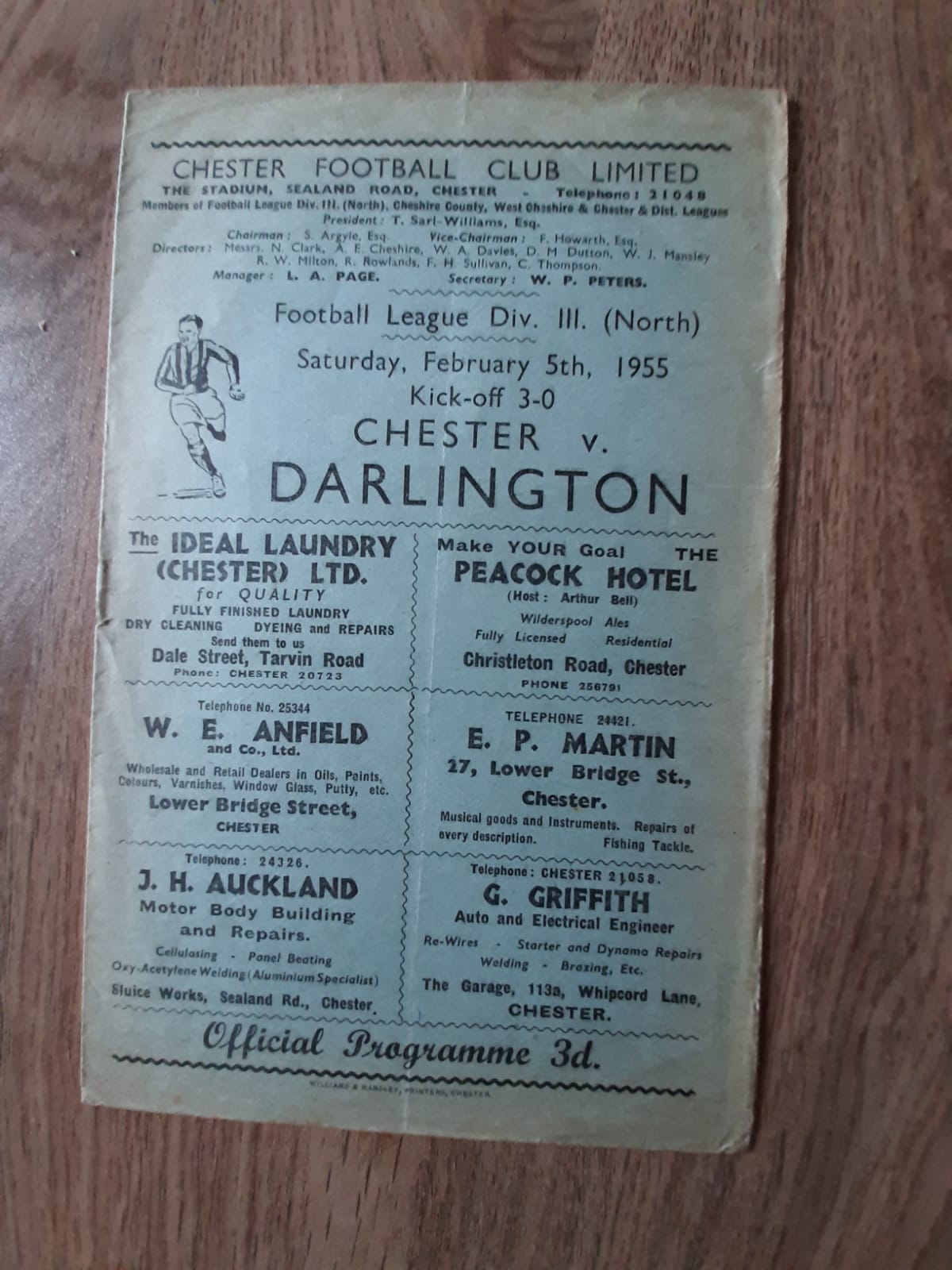 After losing 3-1 at home to Grimsby, we drew 1-1 at Bradford PA on 19th February 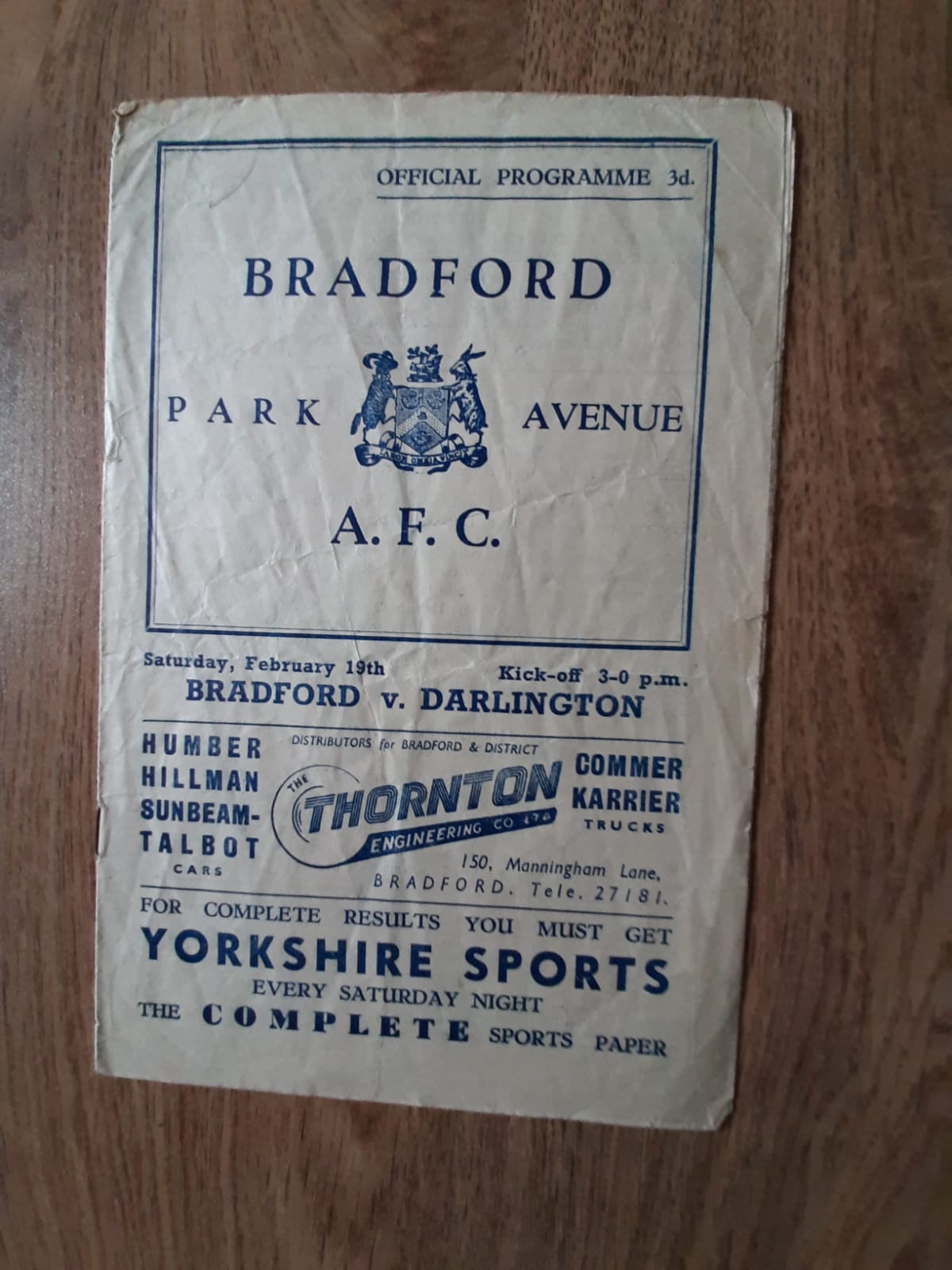 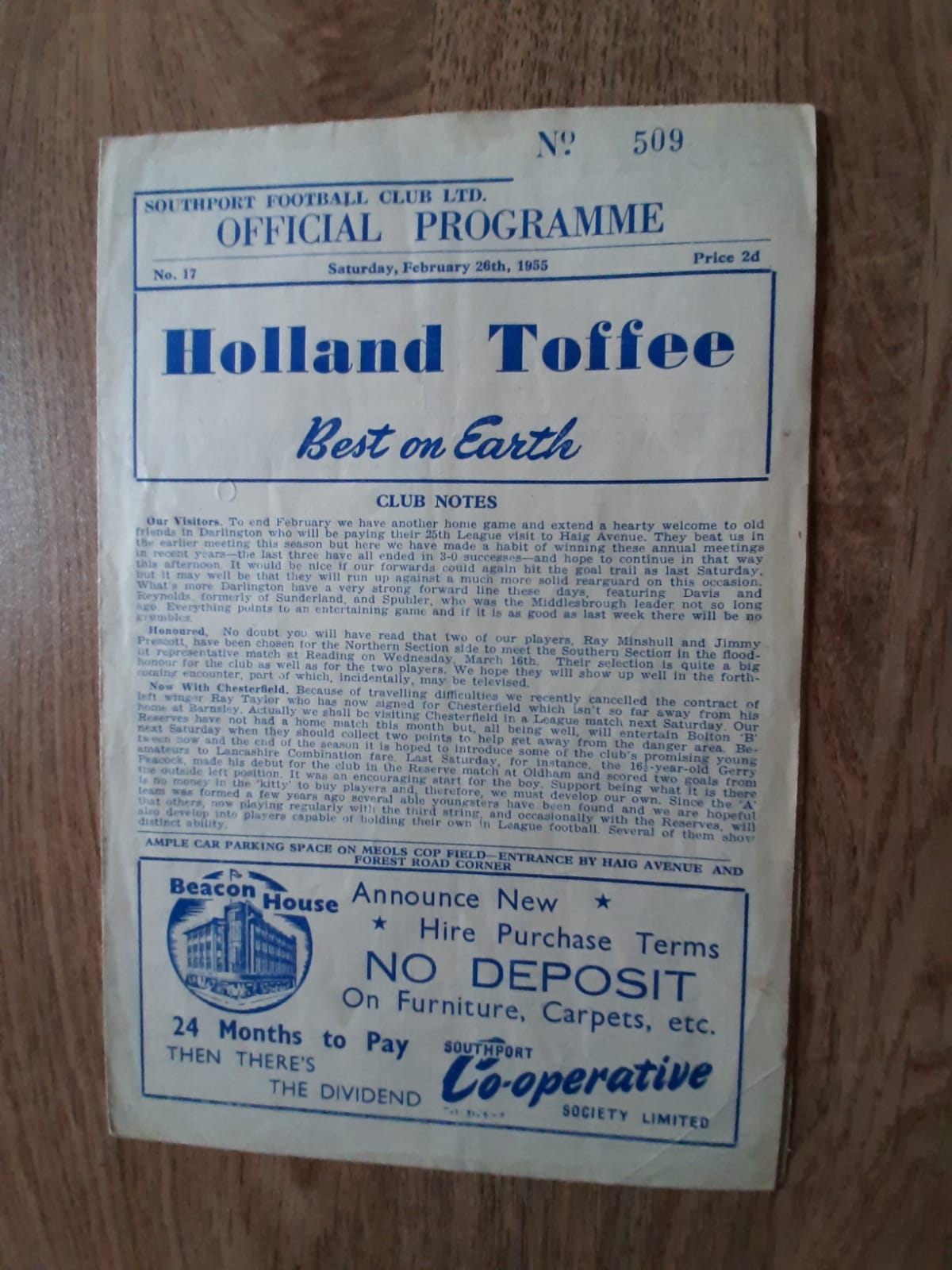 We had 16 games to play in two months. On March 5th 1955, we gained revenge for our defeat earlier in the season at Bootham Crescent by beating York 1-0 at Feethams 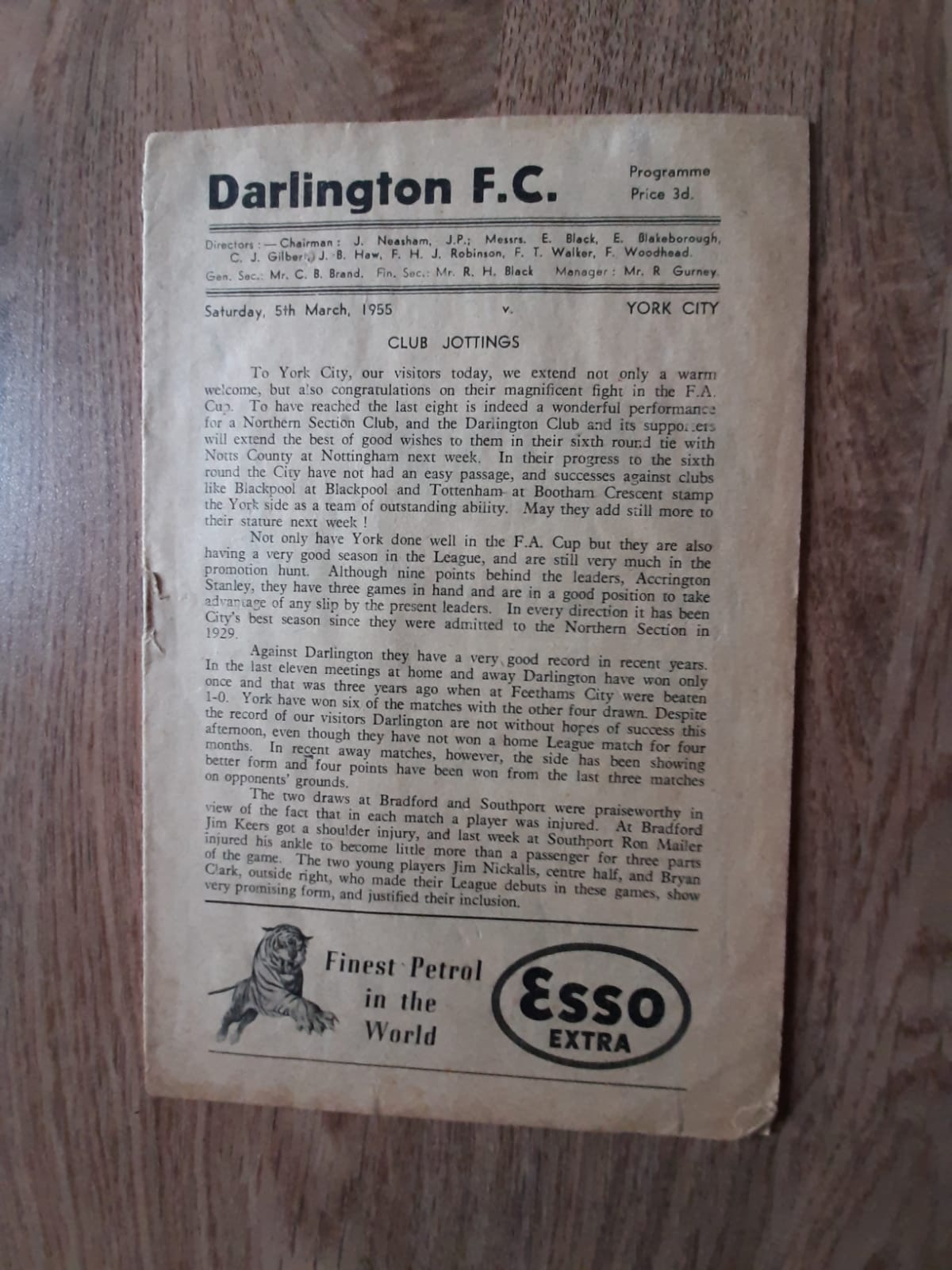 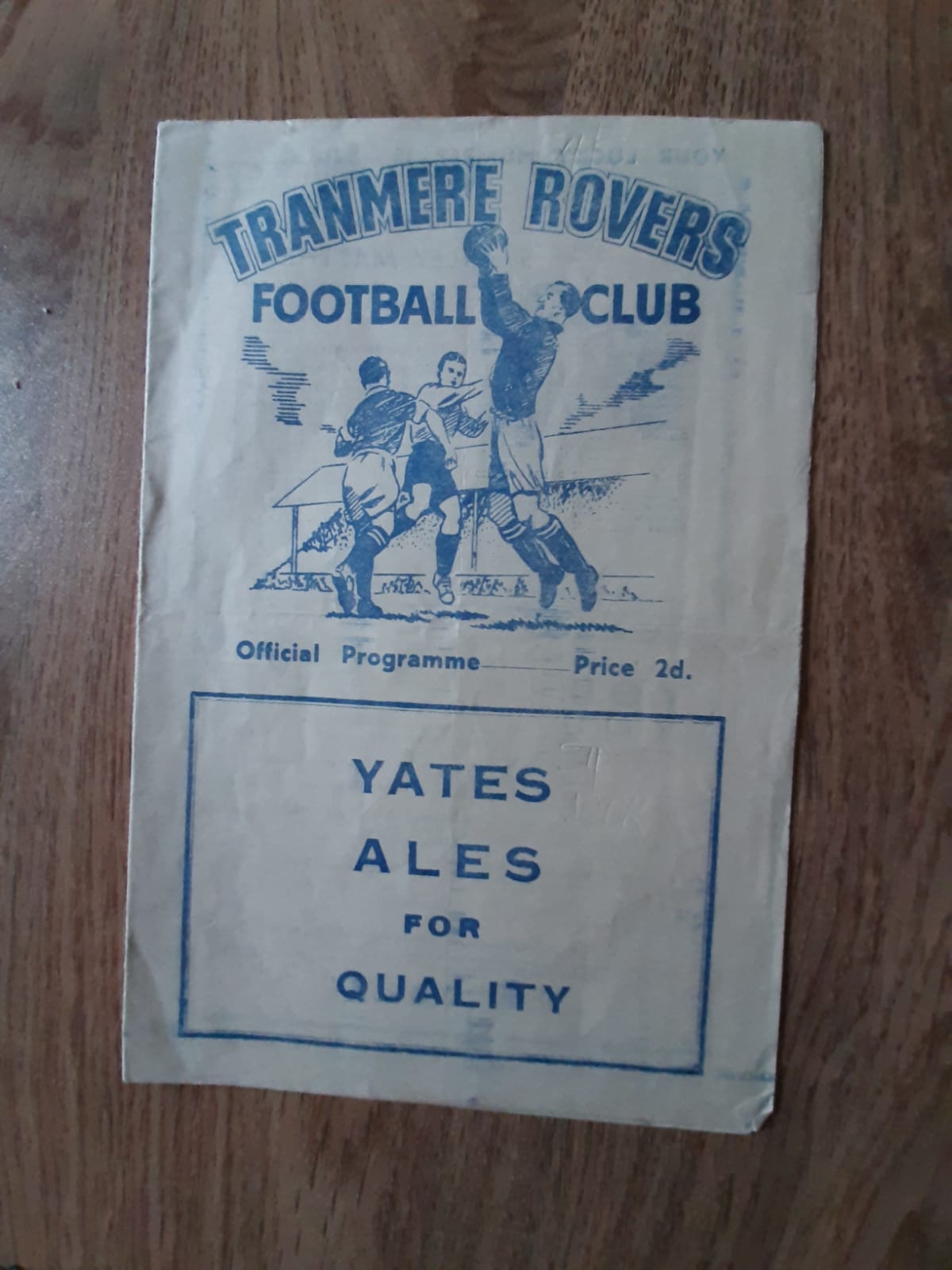