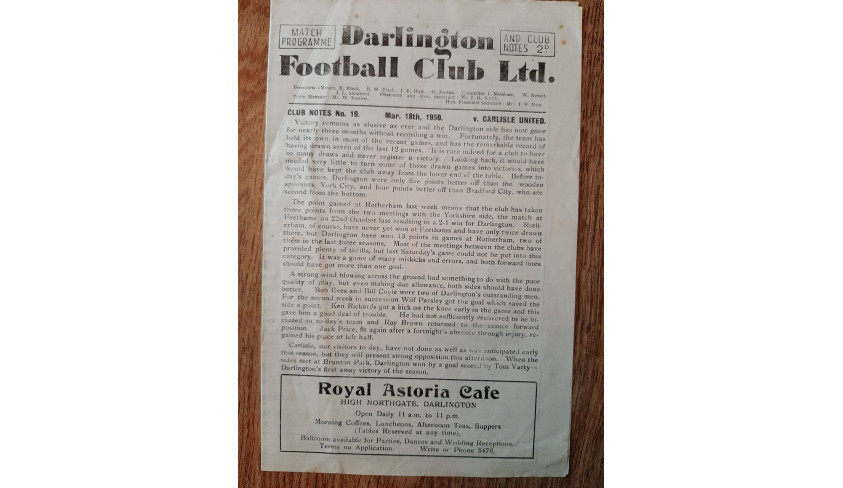 Karl Alexander has a massive programme collection, and today we look at the second half of the 1949-50 season, starting with the away game at Southport on 4th February 1950. 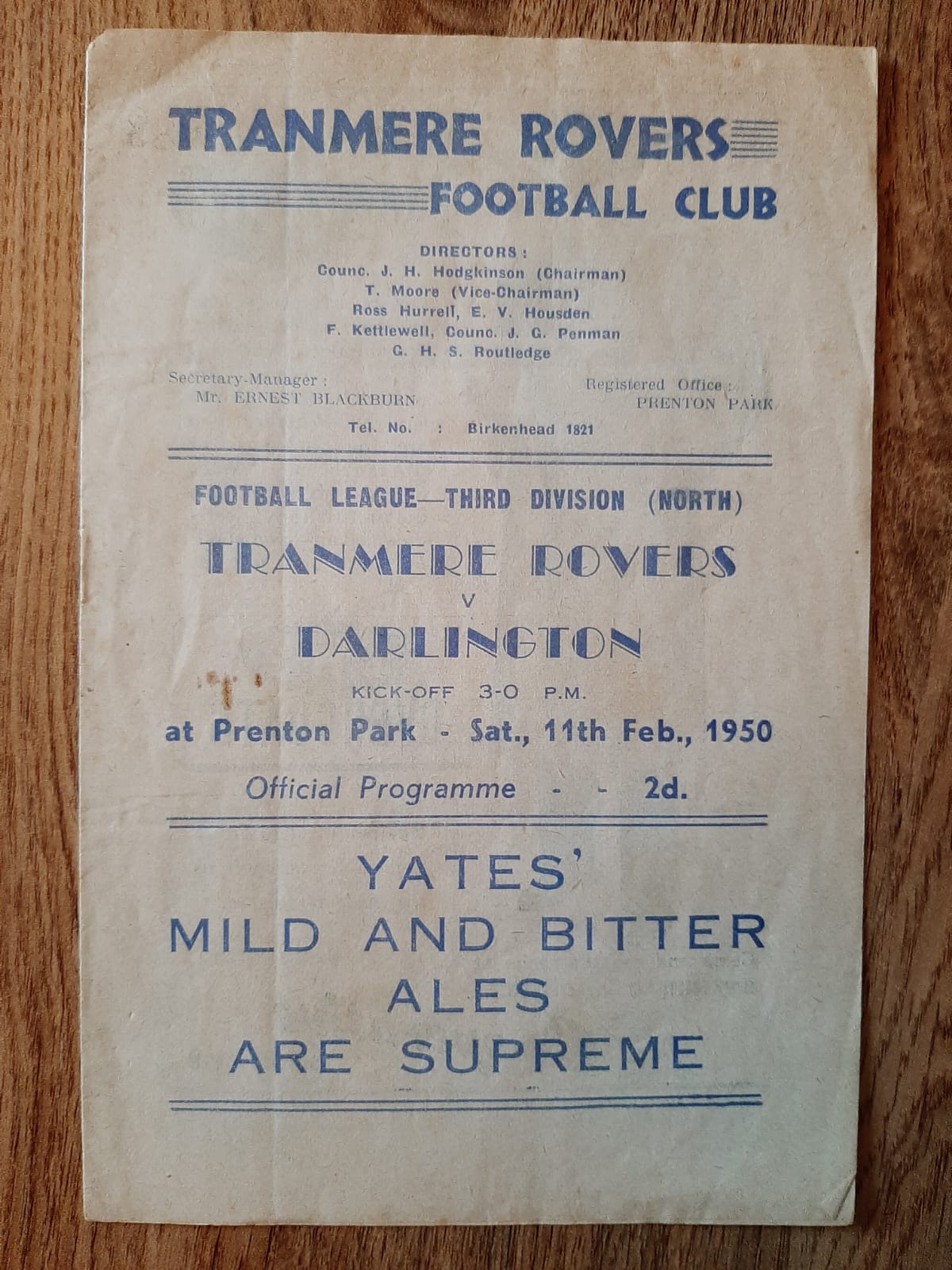 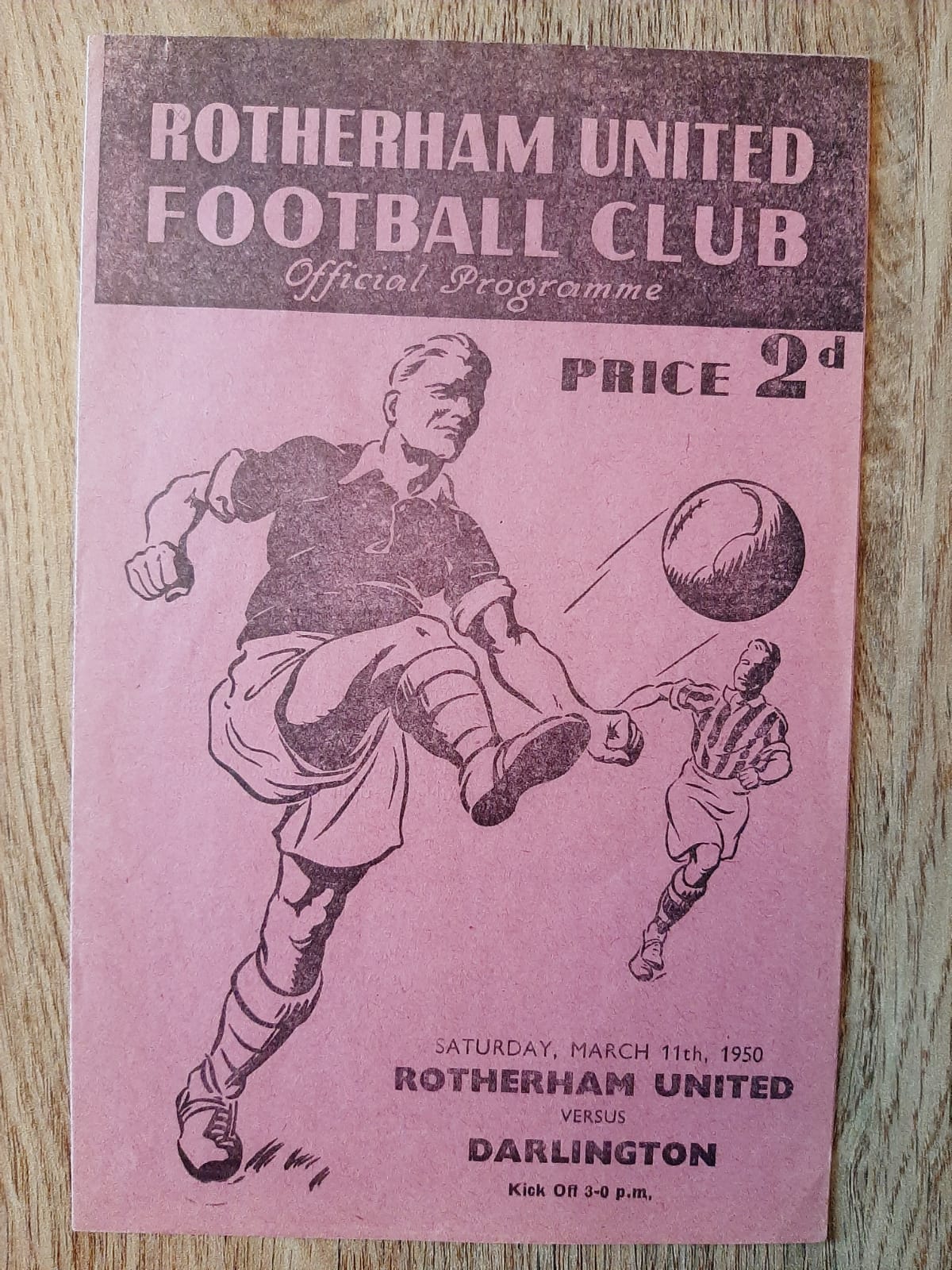 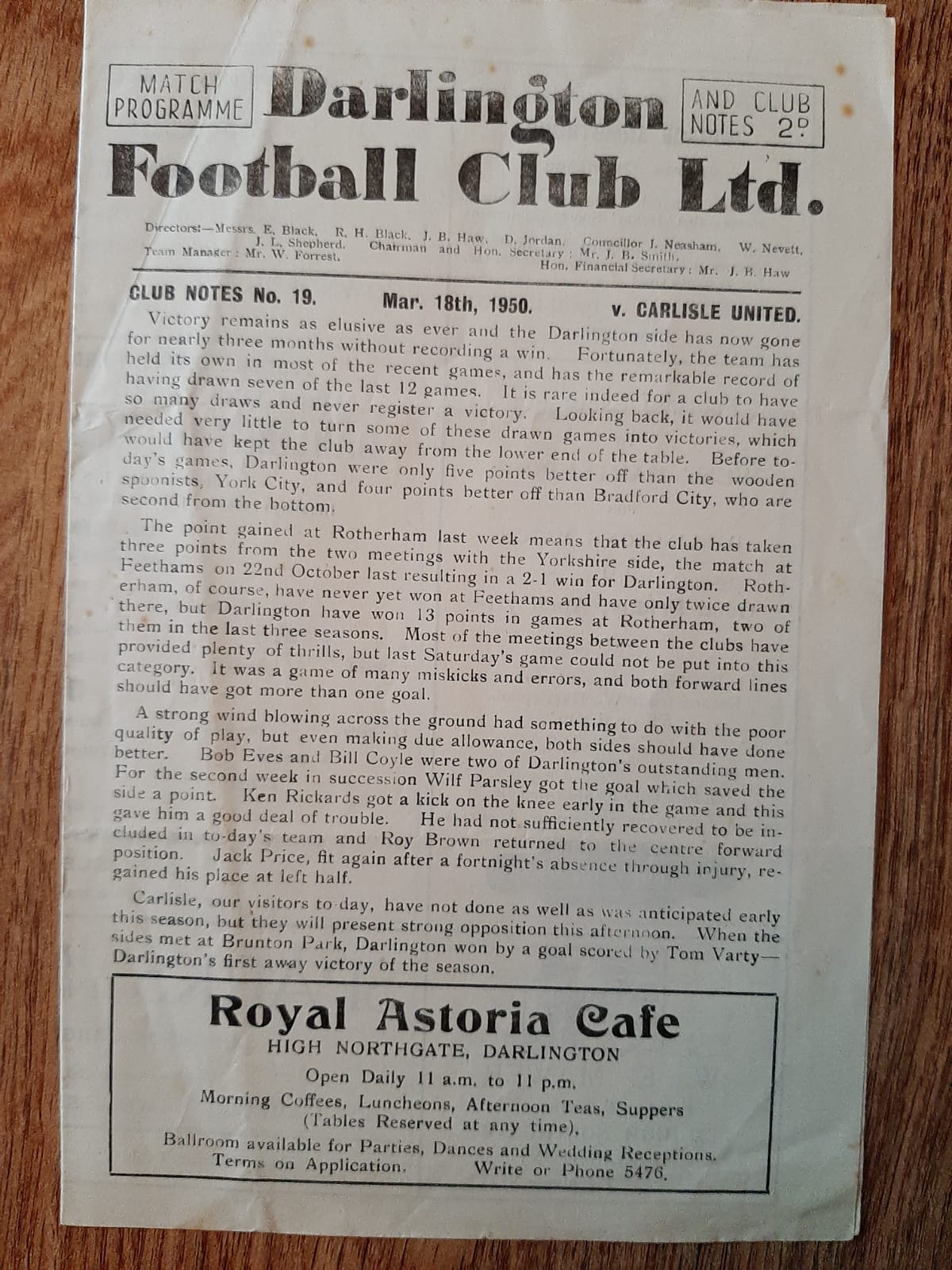 We were fighting to avoid re-election near the end of the season, and we drew 1-1 with Carlisle on the 18th March.

We were just about out of trouble by the time we played at York on 22nd April, a 1-1 draw making sure that we eventually finished 17th in the table.