Quakers looking for another win at Leamington 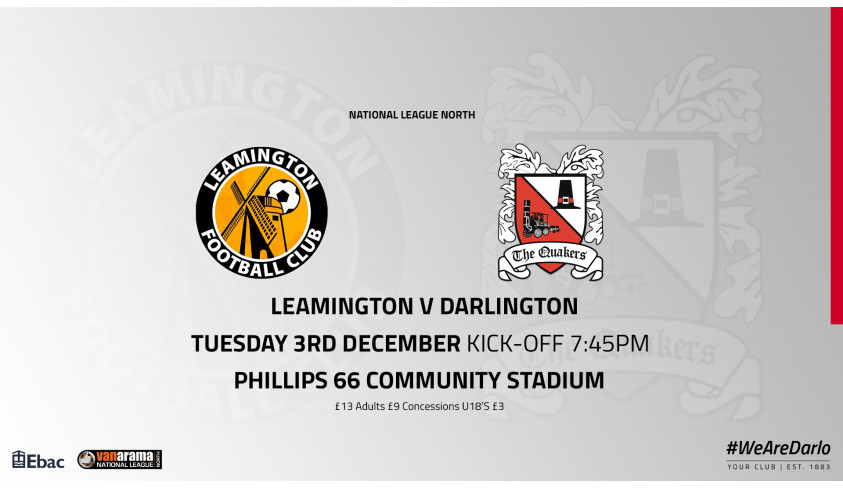 Looking for bounce back from Telford game

Quakers are looking for another victory at Leamington when we visit the Phillips 66 stadium tonight.

We won by 2-0 there in the FA Cup earlier in the season, and tonight we’re aiming to bounce from a 3-2 defeat at home to Telford last Saturday.

Leamington are two places below us in the table, and have picked up seven points from the last nine.

Defenders Terry Galbraith and Jordan Watson both return after injury and suspension respectively.

Defenders Louis Laing and Michael Liddle are both unavailable, Liam Connell could also be missing, so Chris Elliott stands by to play in goal.

Jarrett Rivers and Omar Holness could both start after suffering from the flu bug on Saturday.