Quakers looking for first league win at Telford since 1990 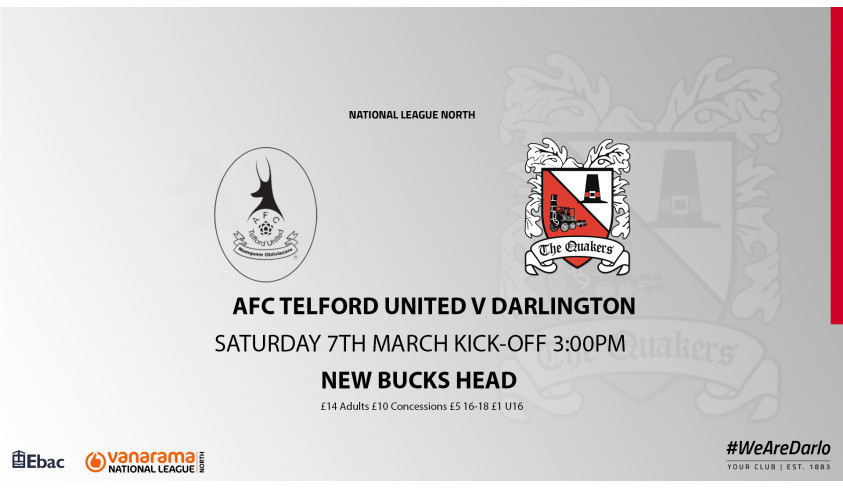 Four league visits without a win

We’re looking for our first league win at Telford since 1990 when we go to the New Buck’s Head on Saturday.

The last time we won here was when David Corner scored the only goal of the game in 1990, and victory on Saturday will maintain our play off hopes.

We’re also looking for revenge after losing 3-2 to Telford in the reverse fixture, after being 2-0 up at half time.

We've drawn two and lost two of our last four league games at Telford, but we won 3-0 in the FA trophy quarter final in 2011.

If you’re not going to the game, why not listen to it on Darlo Fans radio, or follow it on the official Twitter or the official website.

Team News: Right back Luke Trotman and striker Jamie Holmes are both ruled out.

Everyone else is fit.

The last time we met