Quakers looking for first points of the season 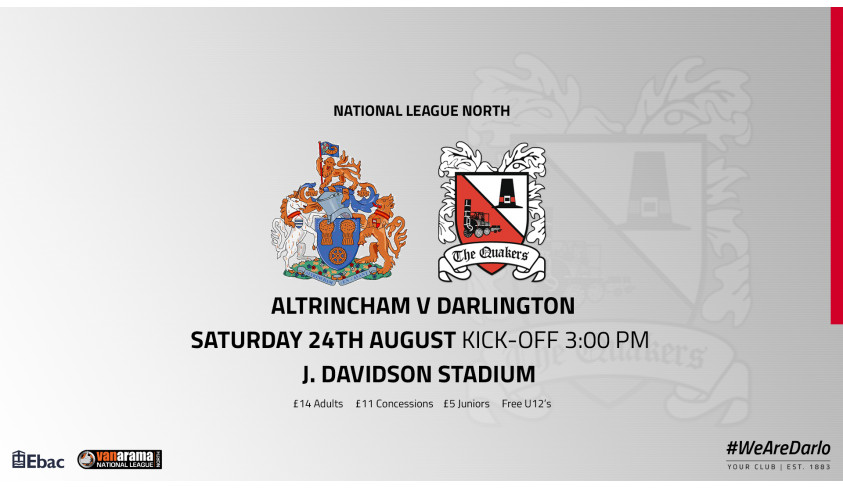 Trip to Altrincham on Saturday

We are looking for our first points away from home when we go to Altrincham on Saturday.

While our home form has yielded seven points out of nine, we have suffered setbacks at Farsley and Curzon Ashton.

Defender Michael Liddle is out for at least a fortnight with a ligament injury, but striker Stephen Thompson returns after missing last week’s game.

Their results so far:

Postcode for the ground:

Please note that on Police advice due to the ground being situated in a residential area NO drums or other musical instruments are permitted inside the ground. If any are brought with fans, they will be confiscated by Stewards at the turnstiles and returned before departure. We thank you for your cooperation with this.

Free car parking is available just 100 yards from the ground at Aecom. The address for Aecom is: 179 Moss Lane, Altrincham, WA14 8FH. It is open Saturdays from 10.30am until 7pm and Tuesdays all day until 11pm. If you could inform your fans of this, it would be greatly appreciated