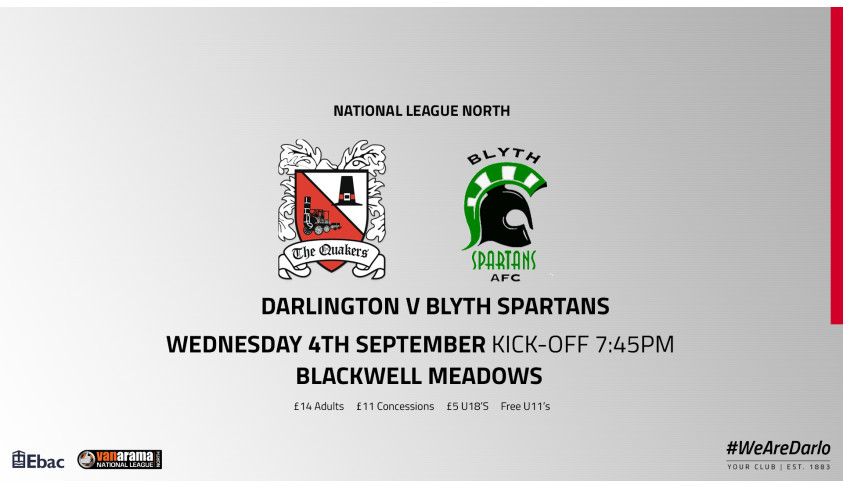 We’re looking to end a run of three games without a win when Blyth Spartans visit Blackwell Meadows tonight in the Vanarama National League North.

We’ve dropped down to 18th in the table, while opponents Blyth, are bottom of the table.

Manager Alun Armstrong will be facing the club he left during the summer, as are assistant Darren Holloway and several players.

Defender Michael Liddle is out for another week with a ligament injury, defenders Terry Galbraith and David Atkinson will have fitness tests.

Osagi Bascome and Justin Donawa are unavailable, they’re on duty with Bermuda in the Concacaf Gold Cup

Here's an interview with Jarrett Rivers ahead of the game:

– while they will probably give a debut to midfielder Lewis Hawkins, signed last week from Northern League club Guisborough. They have also recently signed winger Callum Roberts, who was released by Newcastle during the summer.