Quakers looking for revenge at Chester 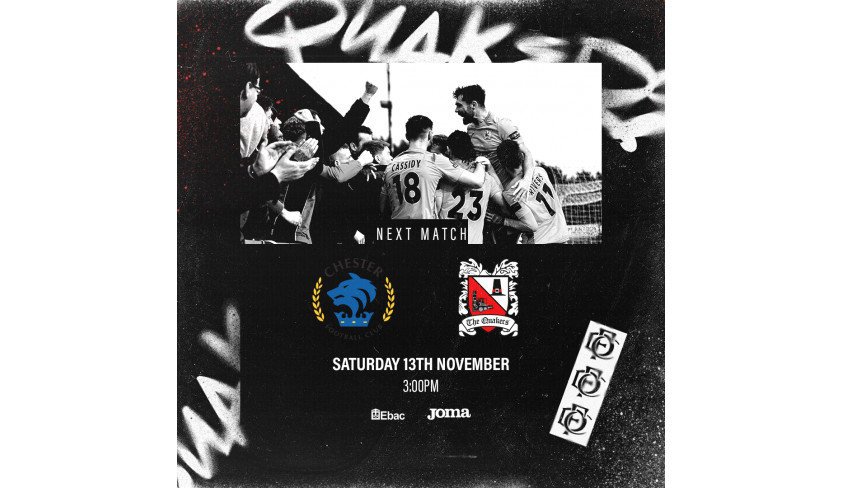 Aiming for a hat trick of wins

Quakers are looking for revenge when they go to the Deva Stadium on Saturday.

The two sides met in the FA Cup in September, Chester scoring a late goal to come out on top.

Quakers are also looking for a hat trick of wins after beating Guiseley and Kettering in their last two matches.

Here's an interview with manager Alun Armstrong about the game:

Luke Charman is suspended, this will be his second game of three.

Lexus Beeden is on loan to Billingham Town until 24th November

Joey Hope is on loan to Guisborough until 21st November

Danny Ellis is still struggling with an ankle injury. Danny has signed a contract today.

Chester have lost only once in six home games this season