Quakers looking to reach the FA Cup first round at Tamworth 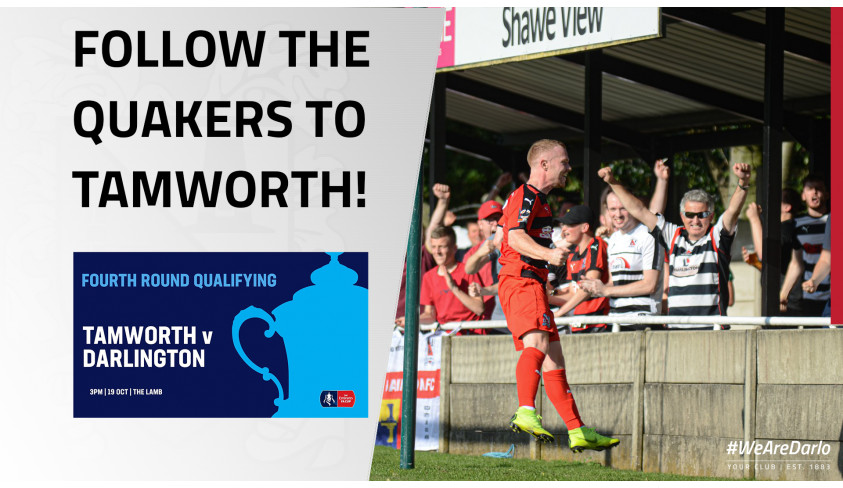 We head to Tamworth looking to reach the first round proper of the FA Cup for the first time as a fan-owned club.

The last time we played at this stage of the competition was when we played Hinckley in season 2011-12, and we lost in a replay. The rest, as they say, is history. The season before that, we won at Mossley.

Quakers have won twice away in the competition so far this season, while opponents Tamworth won at Hereford on penalties in a replay in the last round.

Team News: Right back Luke Trotman is ruled out for the season with an achilles problem, while striker Jamie Holmes is out for some months with a cruciate injury – he could have an operation soon. Defender David Atkinson is out for at least another month with an ankle injury.

Stephen Thompson is 50/50 with a groin injury

Justin Donawa and Osagi Bascome both return from international duty with Bermuda.

Earlier in the month

Connections: Mark Cooper has been manager of both clubs. Amar Verma, who played for Darlington in the 2011 Trophy final, has also played for Tamworth.