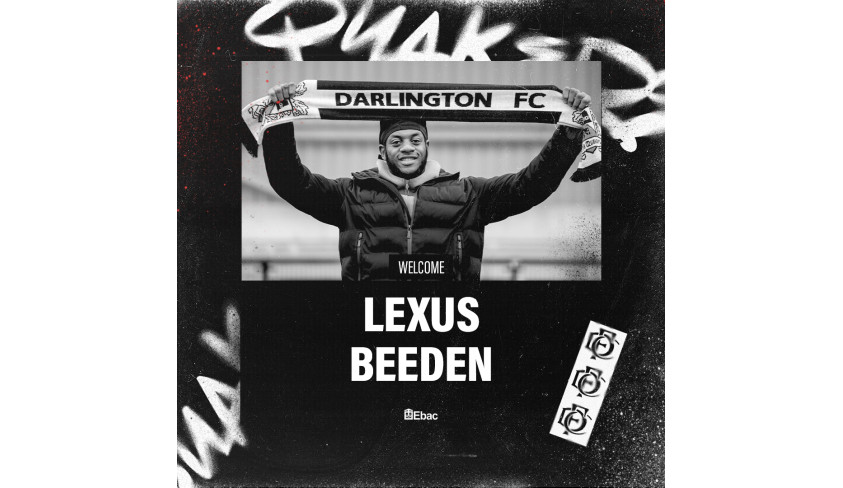 Lexus, 21, stands at six foot three inches and started his career at Tooting and Mitcham, where his performances drew interest from Leeds United and Sunderland, before he moved to Reading in August 2019.

He played for their Under 23 side before he moved to Welling in National League South in October 2020, and he played for them until the season was curtailed in February. He also had a trial at Middlesbrough last season.

Darlington manager Alun Armstrong said; “I was alerted to Lexus by Craig Liddle at Middlesbrough, and Lexus came along and had a couple of training sessions with us.

“He’s a big lad who is very good in the air and will give us a presence at the back – something which we’ve lacked at times in the last two years.”

We would like to welcome Lexus to the club, and wish him every success during his time with us.

You can watch an interview with Lexus here:

You can contribute to Boost the Budget season 2021-22 here: