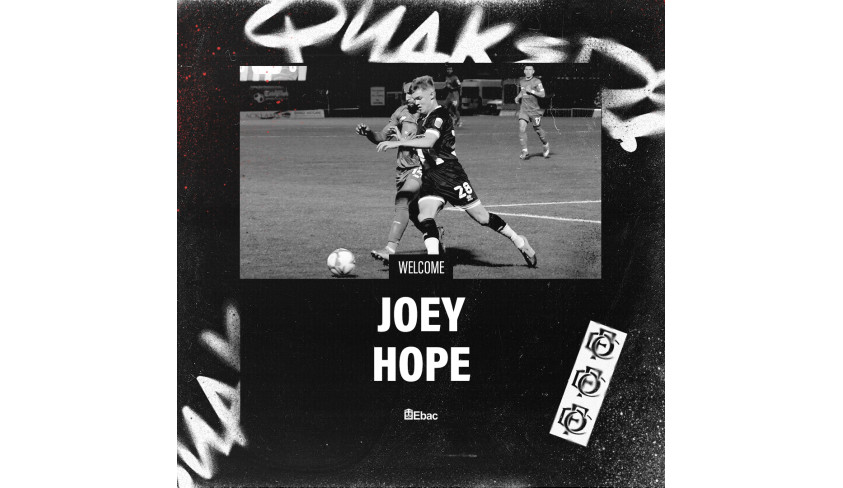 Local lad once at Grimsby

Darlington FC would like to announce the signing of left back Joey Hope.

Local lad Joey, 18, signed for Grimsby after playing youth football on Teesside and after a year in their academy, signed his first professional contract in the summer of 2020.

He made his made his senior debut for Grimsby in their EFL Trophy win against Harrogate Town before joining Cleethorpes on a month’s loan, making three appearances for the Northern Premier League side.

He left Grimsby by mutual consent in March 2021, and jumped at the opportunity to sign for his local club ahead of other clubs who had expressed an interest.

Darlington manager Alun Armstrong said; “I don’t know much about him, but he’s been highly recommended by David Hodgson who knows plenty about players, and so he’s worth looking at.

“Having a local lad in the squad will also benefit the area, and boost interest in the team. It’s an opportunity for Joey to play men’s football. He’s predominantly a left back, but he likes to get forward and put crosses in. It’s a great opportunity for us to develop him and help him advance his career.”

Everyone at Darlington FC would like to wish Joey all the best in his career with us.

Do you want to contribute to Boost the Budget? Follow this link: