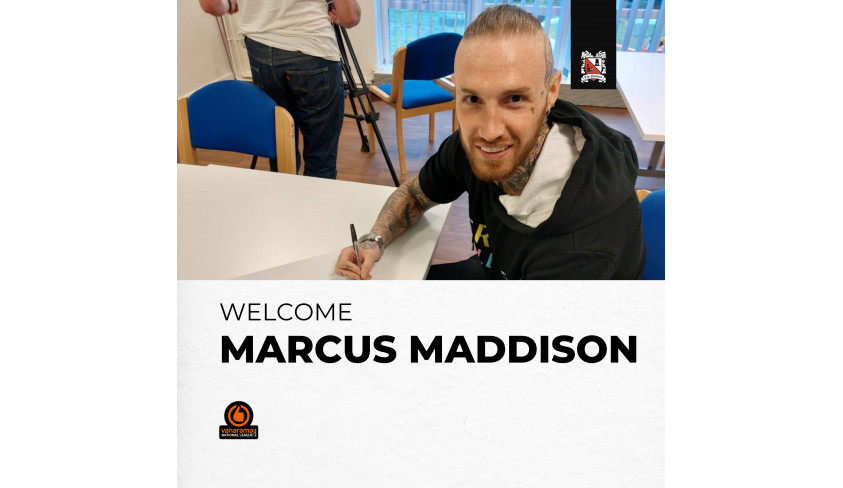 Durham born Marcus, 28, started his career at Newcastle United, and after he was released by the Magpies joined Gateshead in August 2013.

He was a big hit at the International Stadium, scoring 14 times in 38 matches before he was transferred for a six figure sum to Peterborough United in August 2014.

He became a regular at London Road over the next six seasons, and scored 62 goals in 249 appearances. One of his goals in season 2017-18 was voted Peterborough’s Goal of the Season. He was also nominated for the EFL League One player of the season in the same season.

After leaving Peterborough, he played for Hull City, Charlton and Bolton Wanderers, before quitting the professional game and playing part time for Spalding this season.

Marcus spoke to the official website before his first training session with the club on Tuesday night -- you can watch his interview here:

And here are Alun's thoughts on the signing:

We would like to wish Marcus every success during his time with us.

Don't forget about the virtual 50/50 draw this Saturday: