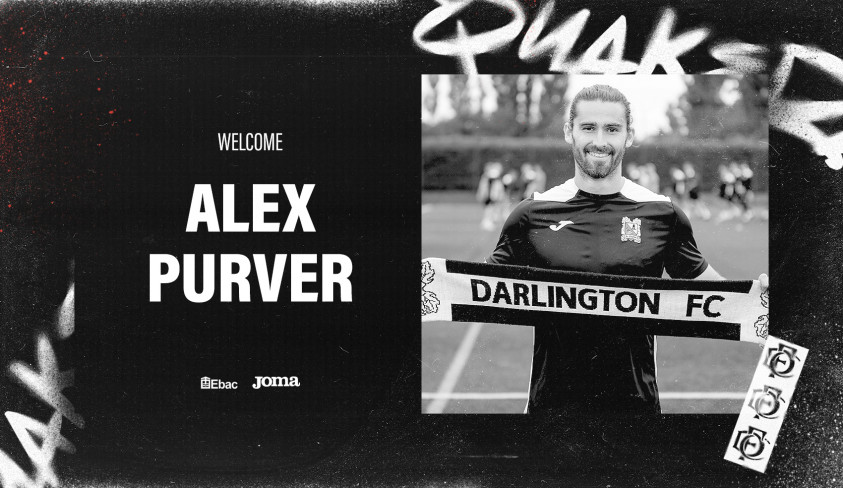 Alex, 25, started his career at Leeds United in their academy, and worked his way through the age groups, captaining their under 21 side.

He was loaned out to Guiseley on two occasions in season 2016-17, and then he completed a permanent move in the summer of 2017, joining current Darlington player Will Hatfield.

Alex was part of the Guiseley team that shocked Cambridge United in the FA Cup in 2018.

In July 2019, Alex moved to Swedish side Ostersunds, and played in the Swedish Premier League before his contract ended in December last year.

Darlington manager Alun Armstrong said; “Alex is a combination of Will Hatfield and Joe Wheatley – he has a bit of everything. He’s got plenty of energy, gets up and down the pitch and assists, rather than scores, goals. He will give us something different in midfield.”

We would like to welcome Alex to the club, and wish him all the best in his stay with us.

He is our eighth new signing, the others being George Smith, Tommy Taylor, Lucas Martin, Kallum Griffiths, Joey Hope, Lexus Beeden and Junior Mondal, most of whom will be in action in our first pre-season friendly at Newton Aycliffe on Tuesday night.

You can watch an interview with Alex here: