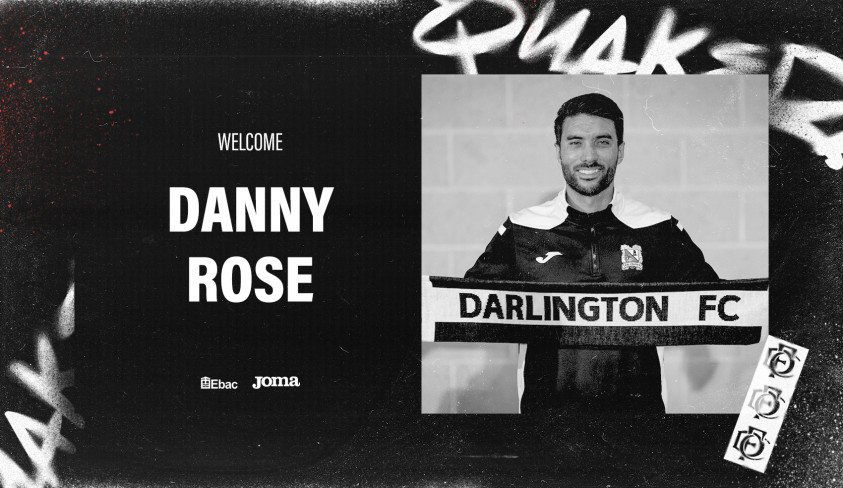 Danny, who is 33, started his career at Manchester United and captained United’s reserve team, but didn’t make a first team appearance.

When he left United, he went on to play for Oxford, Newport County, Fleetwood, Aldershot, Northampton, Portsmouth, Swindon and Grimsby.

He signed for Grimsby in the summer of 2020, but he was transfer-listed by them earlier in the season. He has signed for us on a month's loan, and is in our squad for Saturday's home game with Hereford.

You can listen to an interview with Danny here:

Darlington manager Alun Armstrong said; "I'm delighted to get Danny in as he'll bring a lot of experience to the middle of the park alongside the three lads we've got there and with him being left-footed gives us a nice balance when needed"

Here’s what assistant manager Darren Holloway has to say about the signing:

We’d like to wish Danny all the best with us over the next month, and we’d like to thank Grimsby and the National League for their help with the signing.

Saturday's game is sponsored by Screentech

And our matchball sponsor is Paul Hodgson