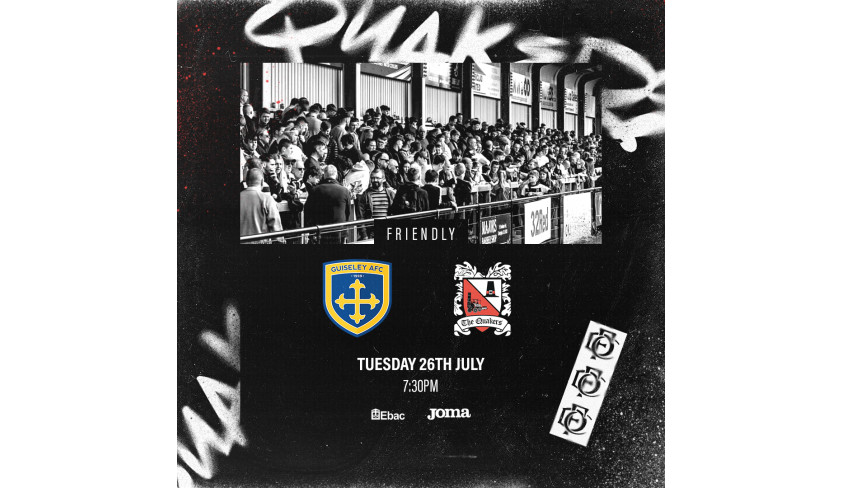 Quakers have agreed to play Guiseley in a pre season friendly on Tuesday 26th July at Nethermoor, kick off 7.30.

Our pre season friendly schedule now looks like this:

There will be more to add to the list.