Stat pack for Saturday's away game at Altrincham 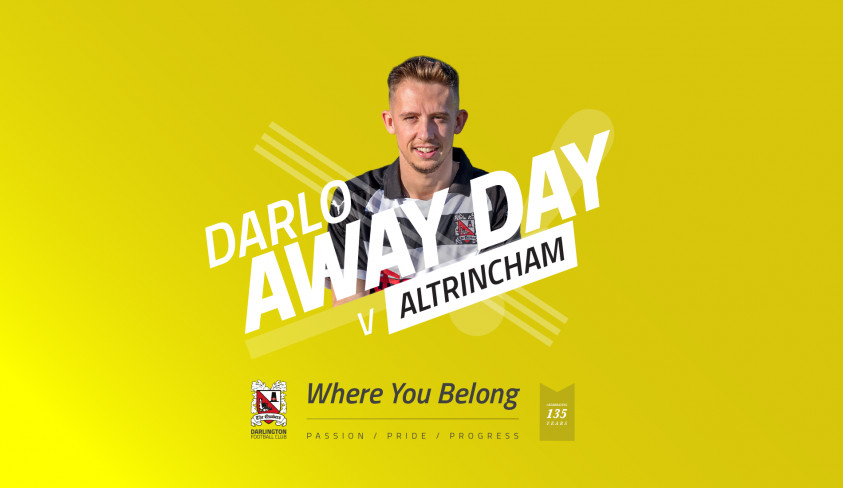 A look ahead to Saturday's game

Quakers will include two new loan signings in the line up at Altrincham on Saturday.

Manager Tommy Wright signed Will Smith and Romal Palmer on Friday, and they go into the squad for the tough away game at Altrincham, who are third in the table at the moment.

Striker Harvey Saunders is also in good form, having scored a hat trick in the midweek Durham Challenge Cup tie against Stockton Town.

“To score three in a game is special, especially as it’s my first for the club at any level,” he said.

“Jordan Nicholson set up two for me, he could easily have gone on and tried to score himself, but he set me up instead. He put two great balls through for me to score, and another his shot hit the post and I was the first to react.

“It was nice to win a game. We’ve been playing well recently, but not got anything points-wise.”

Defender Liam Hughes and forward Simon Ainge are both out injured, Alex Henshall is fully fit.

New loan signings Will Smith (centre half) and Romal Palmer (attacking midfield) come into the squad, which means that Tommy Wright has five loan signings in his squad, the others being Andrew Nelson – who scored twice last week at Chorley – Alex Wollerton and Williams Kokolo

On Saturday, you’ll be able to bet on the game, thanks to our partnership with FansBet.