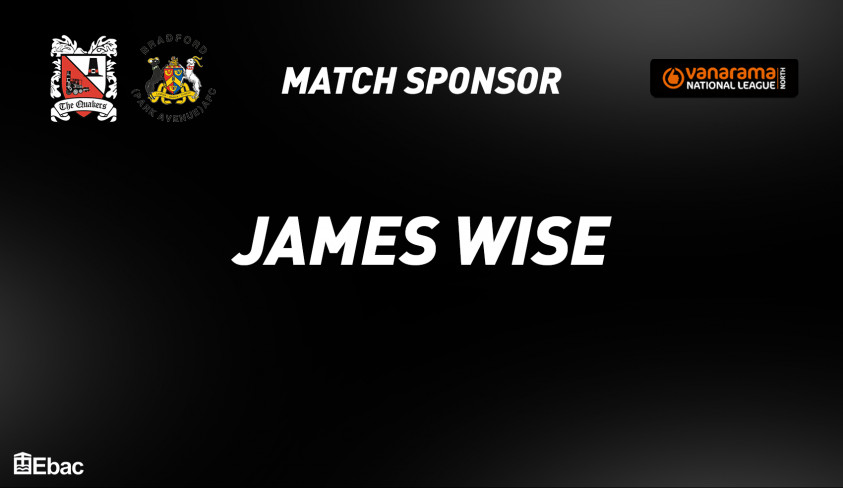 We would like to thank Darlington fan James Wise for virtually sponsoring Tuesday night's game against Bradford Park Avenue!

His most memorable game was the FA Trophy semi final in 2011 at Gateshead when we got through to Wembley. "It was unbelievable, a day I'll never forget," says James.

His favourite player is Adam Campbell. "I followed him before he came to Darlington,and I was buzzing when he signed. He's been class and so consistent."

James also said that "this group of lads are class, you can tell they love the club, Danny O’Connor is a Darlo Legend already.
"Sponsoring a game is something I've always wanted to do, I want to play my part in supporting the club as much as I can, even more with times like this!"
Thanks for supporting the club, James, and we hope you have a great night watching the lads!
Do you want to virtually sponsor a Darlington home game or the matchball for a Darlington FC home game?
There are home games coming up against Gateshead on 2nd December and Hereford on 5th December.
Check out the details here:
https://darlingtonfc.co.uk/news/be-the-virtual-match-sponsor-or-matchball-sponsor-of-a-darlington-fc-game
< Back News Home Next >