Nicho heads the winner for Quakers 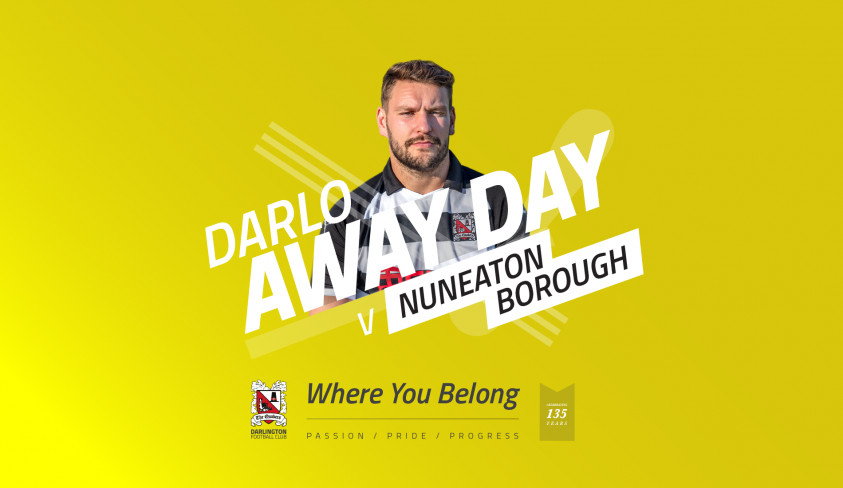 Can Quakers beat the bottom club for the first time?

The pitch was very bobbly and didn't lend itself at all to good football, so it was maybe no surprise that all the goals in the game came from headers. At least though Quakers prevailed for their first win ever over Nuneaton.

Quakers had a chance in the first minute when Tom Elliott sent Wilson Kneeshaw running through with a good ball, but a defender just managed to get a tackle in.

Quakers took the lead on 13 minutes. Omar Holness played a great 50 yard ball out to the right for Alex Henshall to cut inside and deliver a perfect cross to the far post for Stephen Thompson to head home his 92nd goal for the club.

Nuneaton nearly levelled on 24 minutes. A free kick was floated into the Darlington box from the left for Luis Morrison to head towards goal, but Jake Turner stuck out his left foot and stopped the ball from going in.

Nuneaton had another chance when Morrison headed down another free kick for Mike Calveley to have a shot deflected over.

Nuneaton scored from the corner that was floated into the near post for Miles Addison to head past Turner on 28 minutes.

Quakers had a chance to go back into the lead on 34 minutes, with a high free kick from the right by Terry Galbraith that Thompson headed wide at the far post.

Quakers got a free kick just outside the right hand side of the box straight after the resumption that Galbraith drove in for Thompson to head wide.

Quakers went back in front on 48 minutes. Trotman found Thompson, who cut in from the right, and chipped the ball with his left foot to the far post, where Jordan Nicholson headed in his tenth goal of the season.

Nuneaton were reduced to ten men on 63 minutes when Nicholson raced on to a Thompson pass, and was pulled back by kelly-Evans as he burst through, and the referee produced an immediate red card.

The ref blew his whistle for the free kick, Thompson curled the ball into the top corner, but the ref stopped play with his whistle again because of a hold up.

But Quakers were reduced to ten men on 69 minutes when Holness, who was shown a yellow in the first half, was shown a second yellow for a foul.

After that, Quakers were content to kill the game at every opportunity, and stifle Nuneaton in midfield, and they nearly sealed it in stoppage time when Nicholson wriggled through, but Belford saved.