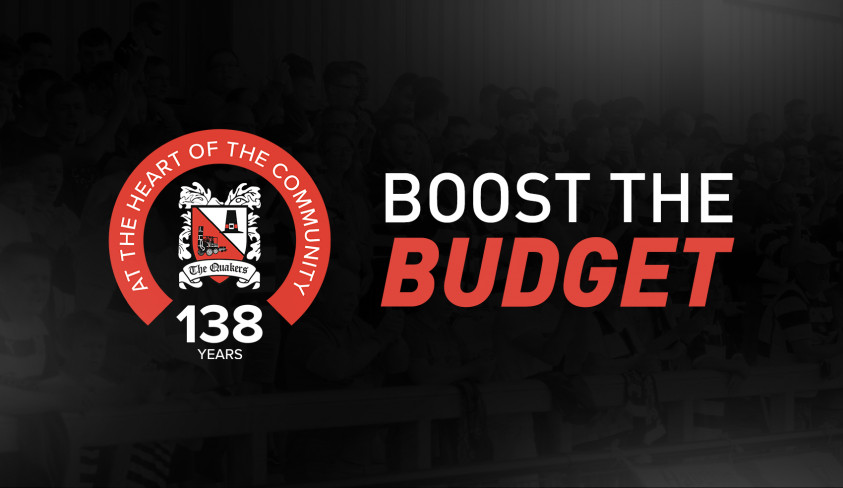 Six figures are now in sight!

We've now passed £85,000 in our Boost the Budget campaign, and we're closing in on £100,000! Payday is coming for many people this weekend, so why not contribute to Boost the Budget and repeat last year's amazing weekend, when the total kept going up and up until midnight on the Monday! Our target this year is £120,000, it would be great to race past it like last year.

As manager Alun Armstrong revealed in his interview at the weekend, he's doing his best to bring players in to add to the signings he's already made:

We'd like to thank everybody for pledging so far. If you haven't yet, don't worry, you've got until midnight on Monday 31st May.

Find out more about Boost the Budget here -- you can pledge as little or as much as you like.

And here's what DJ says about Boost the Budget