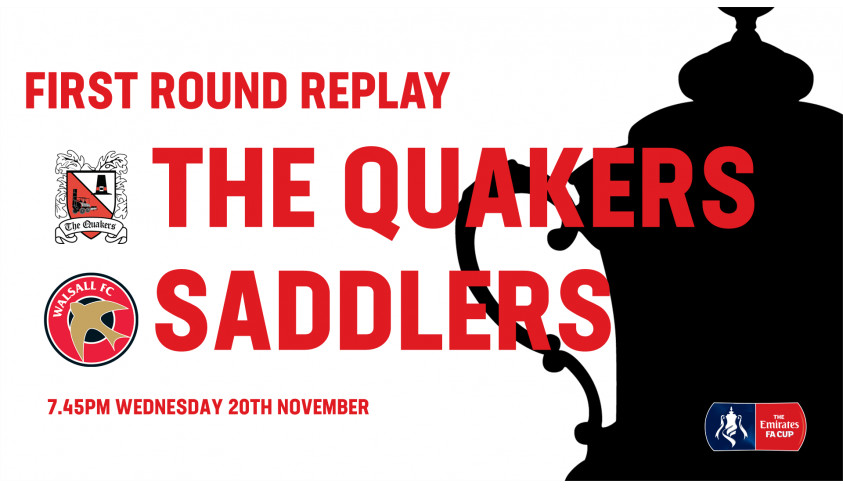 Unlucky not to be ahead at half time 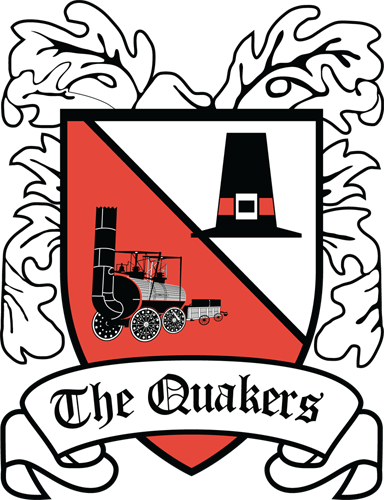 Quakers’ fantastic run in the FA Cup came to an end against Walsall at Blackwell Meadows.

Quakers gave everything throughout the game, especially in the first half, but in a tight encounter, it always looked as if a setpiece would decide the outcome, and unfortunately Walsall scored from one midway through the second half and shut up shop after that, making it difficult for Quakers to break them down.

The players gave everything in the first half, and put Walsall under a lot of pressure, forcing them into mistakes just as they did in the first game at the Banks’s Stadium.

Quakers started the game at a good tempo, and opened up the visiting defence early on. Dangerman Jarrett Rivers got around the defence on the right hand side, but his pullback was intercepted.

Then on 9 minutes Rivers made ground on the right again, and found Stephen Thompson, who in turn set up Will Hatfield, and he forced Walsall keeper Liam Roberts into an excellent save.

But Walsall had a chance on 12 minutes when a long throw fell for Rory Holden on the edge of the area, and he fired just over the top.

With the crowd roaring Quakers on, Rivers again broke down the right, and his low cross was well held by Roberts, then Michael Liddle moved up from left back and forced Roberts into a save low down to his left.

Just on half time, Caolan Lavery was left unmarked at the far post for a corner, but dragged his effort wide of the post.

The Darlington players left the field at half time to a standing ovation from the fans.

Walsall had more of the game in the second half, and stretched the Darlington defence, particularly down the right hand side.

Quakers couldn’t get on the ball as much as they did in the first half, with Rivers and Hatfield being prevented from running at the Walsall defence, apart from on 65 minutes when Hatfield got through in the inside left position, but Roberts saved at the foot of his post

Walsall took the lead on 69 minutes from a right wing corner, that was curled in for Lavery to head firmly past Connell.

Walsall pulled everyone back after that in order to defend their lead, and even withdrew a striker for a defender.

Quakers manager Alun Armstrong made one change,  putting Louis Laing up front, but despite plenty of spirited pressure and backing of the crowd, they couldn’t create any real opportunities.

We’d like to wish Walsall all the best in the second round against Oxford, it has been a pleasure to deal with them ever since the first round draw was made.