Behind the scenes at Darlington FC -- update 9 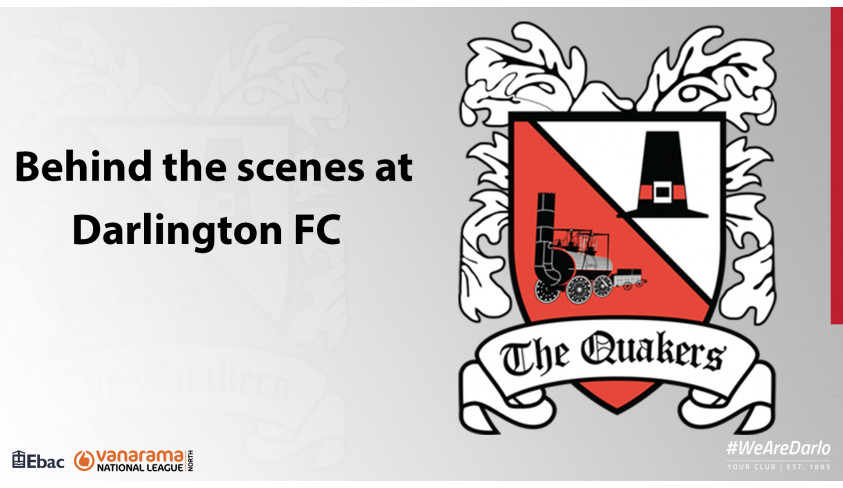 Behind the scenes – update 9

The Boards of Darlington FC and DFCSG continue to meet weekly via video conference call, to discuss various ongoing relevant matters. They met on Thursday 14th May 2020

There has been no further communication from the National League Board during the past fortnight. Therefore, there is nothing further to report on the status of the current league season. We have noted that the Premier League intend to restart in June.

Boost the Budget for season 2020/21 has been launched with the aim of raising at least £100,000 by the end of May. All of the previous contributors have been contacted, while further details are available here:

At the time of publishing this article, the fans had raised £82,000… an outstanding effort so far!

The club has continued to be very active again in the last week, and we intend to maintain this level of involvement through this period.

In the coming week, in addition to a continuation of the above, we will:

We have exercised the options and offered new contracts to all the players that finished the season with us with the only exclusion being Chris Elliott, and we are busy collating the responses. Luke Trotman has indicated that travel is an issue, and he is not planning to return, although he remains under contract.

As you will have also seen from the club website, striker Stephen Thompson has informed the club that he is leaving. We offered him new terms and a guaranteed testimonial in recognition of his great service, but he's decided that he wants to play elsewhere. He spoke to manager Alun Armstrong on Saturday morning and told him that he was moving to another club. Everyone at Darlington FC would like to wish him well for the future.

Throughout these very difficult and unprecedented times, we have maintained a very high profile for the club on our official website and social media channels, and we will continue to do so for the benefit of our much-valued supporters. In the coming weeks and months, we will be exploring several new ideas to help provide our supporters with their ‘football fix’.

Don't forget that you can still Boost the Budget here:

Remember, stay at home, stay safe and help the NHS.