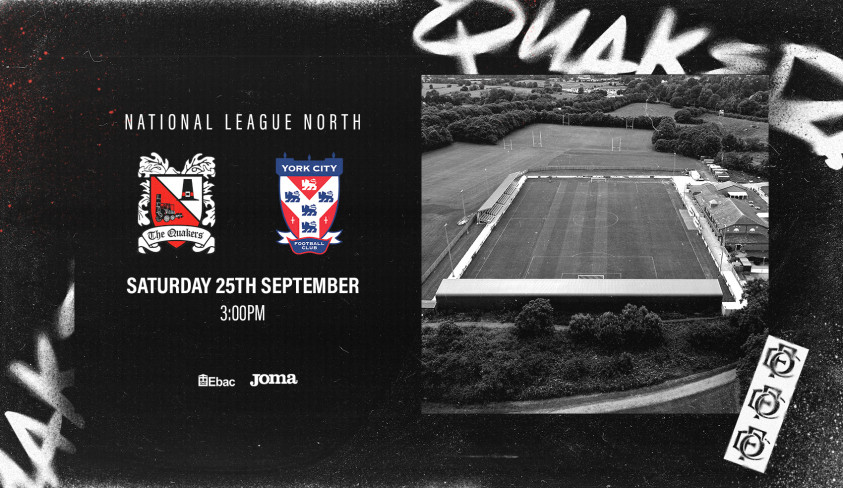 First home derby of the season

Quakers are looking for a derby win when York City come to Blackwell Meadows on Saturday.

Quakers come into the game against Steve Watson’s side on the back of an FA cup exit at Chester, but there were still plenty of positive signs in the defeat – as assistant manager Darren Holloway points out:

Please note that the game will be segregated

Jarrett Rivers is expected to have recovered from illness.

There were one or two knocks at Chester, but the players concerned should have recovered.

Darlington striker Jake Cassidy is up against his previous club, as he pointed out post match at Chester:

Thanks to our match sponsors:

And our matchball sponsors:

And your match programme: