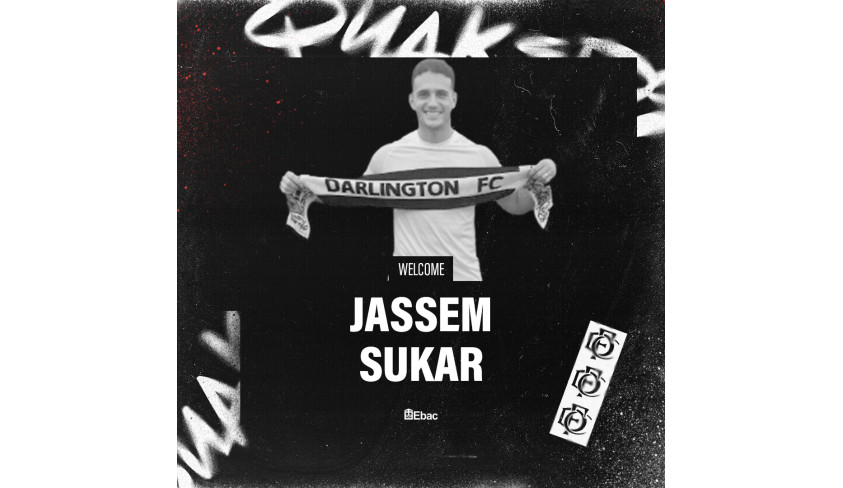 Quakers have today signed left back Jassem Sukar subject to approval by the FA and the National League.

Jassem, who is 25, started his career at Sunderland and after three years with their under 18s and under 23s, joined Dundee United. Whilst there, he had loan spells at Arbroath, whom he helped win the Scottish Second Division, Peterhead and Brechin City.

He returned to England and played briefly for York, before joining Whitby in 2018, where he enjoyed four years as a regular before becoming a free agent following the completion of his contract in May.

Manager Alun Armstrong said; “He’s a six foot, tough, aggressive defensively-minded left back who can also play left centre half so he will be a useful member of the squad. He came up to Blyth a few years back when he left York but he wasn’t quite ready. We’ve always kept an eye on him and he went and established himself in the league below with Whitby where he’s done very well and has been one of their most consistent performers. He’s a local lad which is a bonus.”

We would like to wish Jassem every success during his stay with us.

You can listen to an interview with him here:

Contribute to Boost the Budget for season 2022-23: