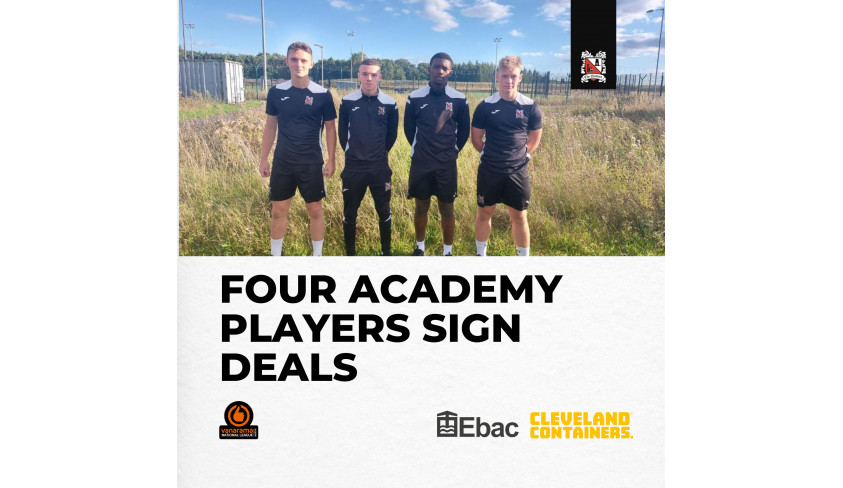 Darlington manager Alun Armstrong has signed four players from the academy on first team forms for the National League.

Defenders Jack Winstanley and Charlie Mitchell, together with midfielders Reece McMann and Sean Chidanyika, have all been signed on first team forms, and will be included in Alun's matchday squad as and when necessary.

All four of them have taken part in first team training during pre-season, and have impressed Alun enough for him to include them as cover.

The lads have been with the club from their youth team days, and demonstrate that there is a clear pathway all the way through to the first team.

On the pic at the top of the story, the lads are from left to right: Jack Winstanley, Reece McMann, Sean Chidanyika and Charlie Mitchell.