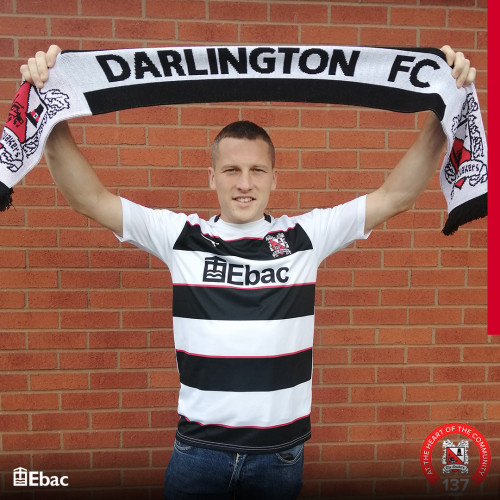 Dan started his career at Seaton Delaval in the Northern Alliance, and joined Blyth at the start of the 2012/13 season. He went on to score 159 goals for them in 310 appearances, including 37 goals in 54 appearances when Blyth won promotion from the EvoStik Premier League in season 2016-17. During the same season he was capped by England C, and was also voted the NPL Player of the Year.

When current Darlington boss Alun Armstrong was in charge of Blyth in season 2018-19, “Nipa” scored 19 goals to help them into the National League play offs. He joined full time club York City in the summer of 2019, and made 14 appearances, scoring twice, before he was released after they were beaten in the play offs.