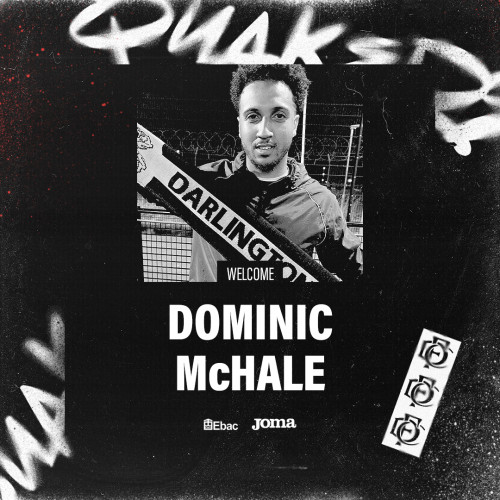 Darlington have signed midfielder Dominic McHale on loan from AFC Telford United until the end of the season.

Dominic, who is 26, started his career at Manchester City, and went on to play for Barnsley, Northwich Victoria, Salford City, Southport, Oldham Athletic, Ashton United, FC United and Telford.

You can listen to an interview with him here:

Darlington manager Alun Armstrong said; "We've kept an eye on Dominic ever since he destroyed us when he played for Telford against us a couple of seasons ago."