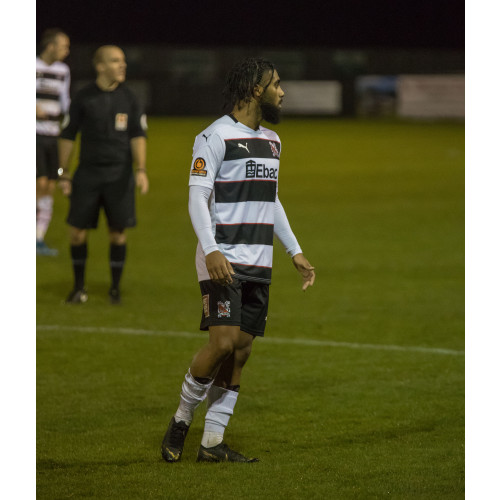 Born in Portugal, Erico joined Manchester City academy as a 15 year old, before having three years at Barnsley’s Academy.

He then went on to play for Hyde, Celje in Slovenia, Tadcaster Albion, Tranmere, Barrow and Accrington Stanley for three years. He was released by Accrington in the summer of 2020, and joined Tadcaster in the NPL.

He impressed for Tadcaster against Quakers in the FA Cup, prompting manager Alun Armstrong to sign him.

He has also been capped for Portugal Under 19s.

Erico made his debut for us against Curzon Ashton, and scored his first goal against Telford in November 2020.