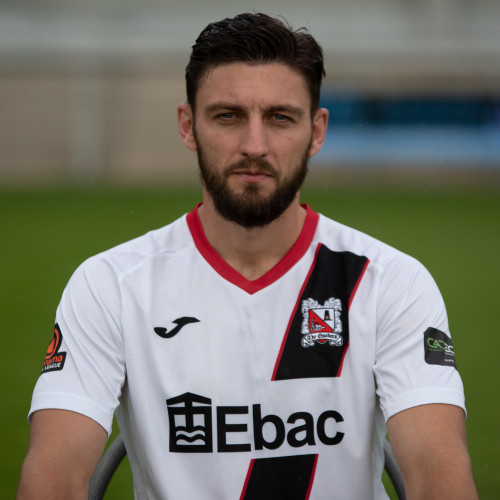 Jake, who is 28, has played in five different leagues in his career. He played for Wolves in the Championship, for Tranmere, Notts County, Southend and Oldham in League One, for Stevenage in League Two, Guiseley, Hartlepool, Maidstone, and Maidenhead in the National League, and York City in National League North.

He joined Wolves in 2011 and made his Football League debut while on loan at Tranmere in 2012, scoring five times in ten matches. He spent five months of the 2012-13 season on loan at Tranmere and scored 11 times in 35 matches before he returned to Wolves and played six times in the Championship. He played for Wolves in League One for the first half of the 2013-14 season and was loaned to Tranmere again for the rest of the season.

Wolves loaned him to Notts County for the first half of the 2014-15 season, and then to Southend whom he helped to the League two play-off final at Wembley.

He was released by Wolves in 2015, and he joined Oldham for a season before going to Guiseley, where he was a teammate of Will Hatfield and Alex Purver.

He moved to Hartlepool in 2017, and then had a loan spell at Maidstone before moving to Maidenhead in 2019. He was transferred to League Two Stevenage in January 2020, and was released in the summer. He joined York for the 2020-21 season.

You can watch an interview with Jake here: